Posted by tvernile on Friday, 30 May 2014 in Sustainable Development 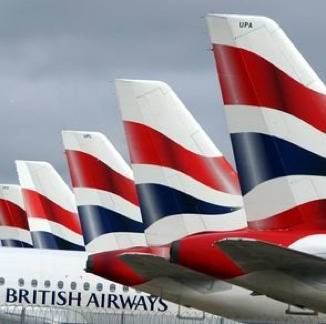 There will never be a shortage of garbage (unless you live in Norway), though British Airways could start putting that trash to good use. The air carrier has put in an order for $500 million of Solena Fuel’s recycled garbage jet fuel…and this is more about dollars and cents than greenwashing.

Solena’s garbage gas is actually cost-competitive with standard jet fuel, meaning it costs British Airways basically nothing to make this massive shift towards a renewable fuel.The fuel is so cheap because Solena is actually paid by the city of London to haul its garbage away to a former oil refinery, where the first step towards making garbage gas is recycling.

Anything that can be recycled is, including glass, bottles, and cans. Then the remaining garbage is gasified at extremely high temperatures, turning all the organic carbon into a synthetic gas that can be dropped in as a replacement for standard aviation fuel. Solena’s fuel is also cleaner burning than traditional aviation fuel with almost no sulfur, and it eliminates the need for dangerous drilling and fracking practices, taking Big Oil right out of the picture.

What we’re left with is a constantly-replenishing source of fuel, that at the very least could serve as a bridge away from traditional fossil fuels. British Airways seems to think so, buying $500,000 million worth of garbage fuel over the next ten years. That sounds like a lot, but it will end up only account for 2% of the carrier’s fuel usage over that ten year period. It gets better though. Even if you took every ounce of organic garbage in the world, and converted it into aviation fuel using Solena’s method, it’d still only account for 25% of the fuel used yearly. Jets use a lot of fuel.

But we’d also be eliminating the need for landfills, and take a huge bite out of annual oil use. Until society learns how to be waste free, Solena will have no shortage of feedstock for producing their take on alternative fuels.