The Dirty Truth About Recyclable Plastics

On a visit to India a while back I came upon a fenced empty field that was practically buried in flimsy white throwaway plastic bags, the kind you carry your purchases home in from the store. The locals joked that this was “the garden where plastic bags grew.” 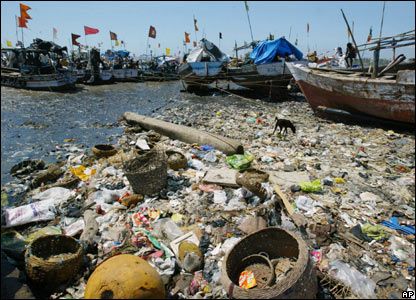 But when I returned to India last month, I was pleasantly surprised to find that now when you shop in New Delhi, no store will give you a plastic bag for your purchases. They’re illegal there, as well as in many other Indian cities and states.

That puts India well ahead of most of the world when it comes to this particular ecological issue. Most everywhere in the U.S., for instance, the throwaway plastic bag remains the ubiquitous way people haul their stuff home from the local store. But those bags never biodegrade into anything that nature can use again.

Worse, the vast majority of such single-use plastic items never get recycled, and even “degradable” plastics may not degrade all that well. On top of that, product life-cycle assessments, which are on the verge of becoming more commonly available and used in the marketplace, do not include either litter or biodegradability as factors.

The news on some once-promising plastic alternatives is not so encouraging. A review published last month in Environmental Science and Technology by a group of scientists — one at the polymer science division of the Indian Institute of Technology — finds that “degradable

The news on once-promising plastic alternatives is not so encouraging.

polyethylenes,“ used in one type of “recyclable” plastic bags, do not really disintegrate back into nature. The polyethylenes in the plastic bags studied are made by adding metals like iron and cobalt to the mix of ethylene polymers, to speed up their oxidation. But while such hybrid plastic bags once discarded do, indeed, break into fragments relatively quickly, those shreds seem to persist for a long time. No one knows just how long — the number of long-term studies is zero.

Perhaps the most dramatic example of how oil and water don’t mix can be found in the middle of the planet’s great oceans and seas in the form of litter gyres, rotating currents laden with countless bits of floating debris, mainly plastic and Styrofoam, all of which were pushed to the middle of these great bodies of water by the currents that circle them.

While the so-called Eastern Garbage Patch at the center of the Pacific has received the most media attention, every great sea now has such a gyre, a rotating ring laden with plastics. The plastic in a gyre eventually breaks down into small bits, called nurdles, which never mix with water. Marine life at the heart of a gyre, reportedly, can subsist (or perish) on a diet of many times more nurdles than krill.

Pitcairn Island, in the middle of the Pacific, offers a particularly poignant testimonial to the toxic impacts of the plastic debris whirling about at the center of our seas. Albatrosses from all over come to these islands to breed and raise their babies. Plastic bottle caps, like those atop kids’ juice containers, are plucked out of the water by albatrosses and fed to their fledglings, killing them.

All this has led me to rethink an OpEd I co-authored in the New York Timestwo years ago, with an industrial ecologist, Gregory Norris. Using the tools and metrics of his craft, we computed the eco-math over their

Our analysis gave too little weight to the end-of-life consequences of plastic bottles.