Posted by Dale on Sunday, 11 November 2012 in Ocean/Seas/Coastlines

Reduce Plastic Pollution in Our Oceans 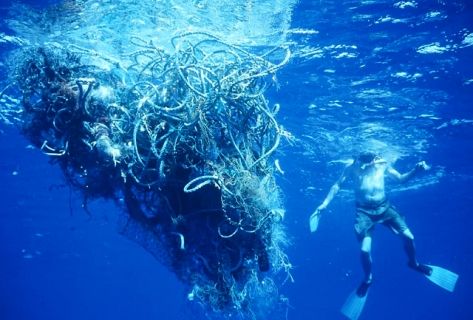 Plastic waste, such as plastic bags, bottles, and containers, are littering the world’s oceans and causing harm to marine animals. Birds often mistake small pieces of plastic for food and swallow them, but because birds are unable to digest plastic, the plastic pieces fill up their stomachs and prohibit the birds from eating actual food. When the birds’ stomachs are too full of plastic to process food, they starve to death. Birds and endangered animals such as seals and sea turtles can get tangled in plastic bags, strangling themselves. It is estimated that one million birds and 100,000 marine mammals die as a result of plastic pollution every year.

“Plastic makes up 60 percent to 80 percent of ocean debris; there are 3 million tons of it in the Great Pacific Garbage Patch. In parts of the ocean this means there is six times more plastic than plankton, the base of the marine food web. The same durability we value in plastic makes it a persistent pollutant,” says the Center for Biological Diversity.

Plastic pollution is present in all of the world’s oceans and waterways and is a persistent global problem. The plastic that pollutes our oceans is not biodegradable and will not disappear from the environment. Although plastic does not biodegrade, it does break up into small pieces, which float far out into the ocean and become problematic as marine animals, including fish, mistake them for food. These plastic particles are difficult to clean up because of their small size, and contain carcinogens and hormone-disrupting chemicals (such as Bisphenol-A, or BPA) that can leach into the fish’s bodies – and then into our bodies when we eat the fish. These chemicals can also leach into the water, disrupting ocean ecosystems and polluting the sea, and can attract more chemicals like DDT. Furthermore, plastic pollution on beaches is unsightly and dirty and can deter visitors from tourist areas, resulting in a loss of tourism money in areas that rely on income from vacationers. 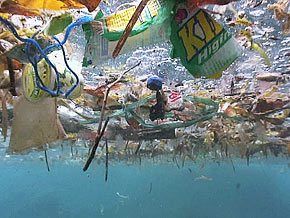 The environmental organization has drafted a petition asking the Environmental Protection Agency (EPA) to create water quality standards for plastic pollution in America’s oceans in order to reduce toxic plastic pollution, make the oceans safer for wildlife, and maintain the natural beauty of coastal environments. The petition asks EPA administrator Lisa Jackson to lead the effort to rid the oceans of plastic and “create a strong standard of zero plastic that will prompt action under the Clean Water Act” that would “improve the monitoring, cleanup and prevention of plastic pollution.”

Add your name to the Center for Biological Diversity’s petition today to encourage the EPA to adopt regulations that will clean up our coasts and oceans, and forward this petition to your friends and family to encourage them to take action as well! To take further action in your daily life, set targeted and specific goals to reduce your consumption of disposable plastic products such as plastic bags, containers, and foam takeout containers and replace these items with reusable and sustainable alternatives. When you do use plastics, like yogurt cups or milk cartons, recycle these items rather than dumping them in the trash bin. You can also take part in local beach cleanups if you live near an ocean, lake, or river. If your area does not have regular organized beach cleanups, you can help start one! Being proactive in cleaning up plastic and litter from waterways is a great way to serve your community, help the environment, and save animals, as well as a good opportunity to promote the cause by getting others from your community involved.