Ban plastic bags across Europe and end the 'throw-away society' 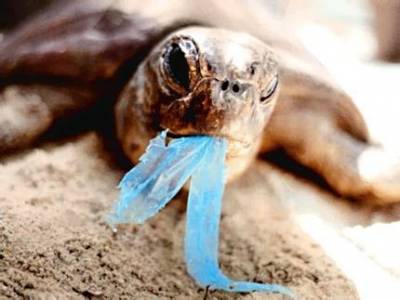 The European Commission recently presented a green paper on plastic waste. Plastic has become a symbol of our throw-away society. The use of plastic has skyrocketed in the last 50 years. Worldwide plastic production has increased from 1.5 million tonnes per year in 1950, to 245 million tonnes in 2008. The cost of plastic packaging is very low and does not reflect the environmental impact it has.

Despite all the efforts, recycling rates of plastic remain low. Half of all plastic waste generated in Europe goes to landfill. This should be avoided as plastic waste contains hazardous components that threaten the soil, the water and our health. Recycling plastic is an important way to avoid using virgin resources. Recycling and reuse of plastic needs to be enforced by the society.

In the European Union single market, we need a clear legislative framework aimed at avoiding plastic waste. And we need to steer the economy to a circular one, where we use and reuse the same resources. The major environmental crisis being caused by plastic waste is in our seas and oceans. This has been acknowledged only in recent years.

With 10 million tonnes of waste, mostly plastic, ending up in marine environments each year - urgent action is needed. The commission's green paper recognises this but this recognition counts for little without concrete measures. We need legislation and tangible targets to revert to a sustainable economy. The green paper on plastic waste is heavily overshadowed by the delay in anticipated EU legislation on one-use plastic bags.

This would be the most evident step to cut down plastic waste. Despite extensive consultation and a comprehensive impact assessment, this legislative proposal - which was scheduled for the first half of 2013 - is being delayed. The commission has promised a proposal in April. A further postponement is not acceptable, as it seriously undermines the chances of adopting the in this legislative term and hence before 2015.

In the consultation that the commission conducted in 2011, more than 70 per cent of the respondents agreed that a ban on plastic bags across the EU is needed. Environmental groups urged the commission to respond to the results of the consultation by proposing a Europe-wide ban on plastic bags. So far this has not happened but some countries have acted. Italy banned one-use plastic bags 2011. This decision has been challenged by the plastics industry.

The legal uncertainty is, indeed, halting further national bans. In 2010, France abandoned a plan for a ban after commission analysis said it would be illegal. Austria has been urging the clarification of the situation and calling for either national bans or an EU-wide ban. Denmark, Ireland and Bulgaria charge a tax on plastic bags while in Belgium a fee is charged that goes to the plastic collection and recycling. In Ireland, a bag tax has led to a 90 per cent reduction in the use of plastic bags.

Some retailers have begun charging for plastic bags voluntarily. In other countries, plastic bags are still given for free. Industry and many of the EU retailers oppose the ban. Building on the successful measures already taken by some member states and regions around the world, the union should create a legal framework for reducing one-use plastic bags and the resulting plastic waste. This should include clear and ambitious reduction targets, as well as providing legal certainty for EU member states. The best solution is to introduce a Europe-wide ban on one-use plastic bags.

The other shortcomings of the green paper are that is does not assess the problems of concern stemming from specific plastic waste streams, such as PVC. This is contrary to the announcement in the commission's work programme of 2012. Dodging the manifold and well-documented problems linked to PVC-waste is irresponsible. Today's price on plastic packaging is distorted and discriminate against sound environmental practice. We have to aim for a system reflecting the true environmental costs from extraction of raw materials to production, distribution and disposal. This would encourage more sustainable economy.