Posted by Dale on Monday, 11 February 2013 in Ocean/Seas/Coastlines

A close look at the Great Pacific Garbage Patch 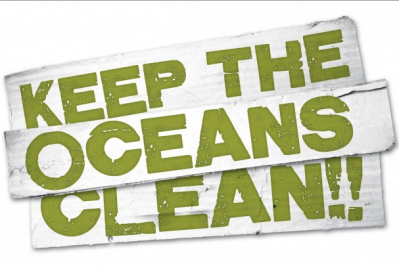 When that plastic water bottle that you brought to basketball practice was empty, you probably recycled it. But lots of plastics don’t end up in the recycling bin. (Think deli containers and straws.)

So where do they go? One place is the Pacific Ocean, in an area that has been called the Great Pacific Garbage Patch. A team of scientists recently sailed through the patch and found lots of plastic — not floating water bottles but thousands of pieces, most of them no bigger than your fingernail, from plastic products. Scientists are studying the problem, but they say the solution isn’t just up to them. It’s up to you, too.

Plastics have become a big part of our lives in a short time. Your grandparents didn’t have resealable plastic sandwich bags in elementary school. Plastic soda bottles weren’t invented until the 1970s. Once these and other plastic containers became popular, they began filling landfills, or huge garbage dumps.

Many communities started recycling programs so the landfills wouldn’t become full so quickly. But lots of plastics don’t make it into the bins. The Environmental Protection Agency, the part of the government that studies recycling, reported that only 8 percent of plastic waste was recycled in 2010.

The rest doesn’t all go to landfills. A plastic bag can blow out of a trash can and into a creek, then float down to a river, then into the ocean. Twenty years ago, people started noticing that plastics were collecting in the North Pacific Gyre (pronounced “jire” — it rhymes with “tire”), a system of currents that swirl in a circle that stretches from California to Japan. Newspapers and magazines published photos of floating trash and nicknamed the area the Great Pacific Garbage Patch.

The Sea Education Association (SEA), which has been studying oceans for 25 years, organized a trip last fall to study the plastics found on the Pacific Ocean surface and just below.

“If you’re looking for the plastics [from the deck of a boat] . . . chances are you may not even see it,” said Emelia DeForce, chief scientist on the expedition. “Almost never will you find water bottles. That type of plastic actually sinks.”

But DeForce and 37 other scientists and crew members on the 134-foot SSV Robert C. Seamans found plenty of plastic. They collected some of it with fine-mesh nets, then counted the pieces using tweezers.

“The majority is between one and 10 millimeters,” said DeForce, 33.

She talked by phone with KidsPost after returning home to Woods Hole, Massachusetts. “Over time, wind, rain and [ultraviolet] rays will break the plastics down.”

Between San Diego, California, and Honolulu, Hawaii, the crew found 69,566 pieces of plastic.

On one unusually calm day during the 36-day expedition, the crew hit the plastics jackpot. “You could see little mini veins of plastic just going through the ocean,” DeForce said. The crew dropped a net and towed it for a mile. “We got 23,000 pieces of plastic,” she said. “That was the extreme.”