Posted by Aaron on Saturday, 09 November 2013 in Population 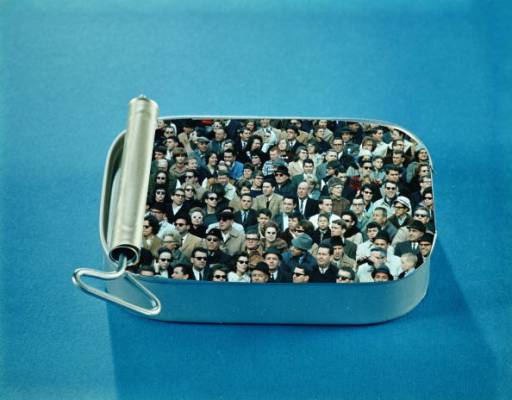 The real issues facing our country lurk in the shadows, blissfully ignored while impacting every one of us.

Chief among these issues is overpopulation. Just how big a problem is it? Centuries ago, Thomas Malthus warned about what could happen if populations were left to grow unchecked.

Urban designer and public policy analyst Michael E. Arth, a leading voice on population matters, tells The Washington Times Communities that "(w)e have a catastrophe, but it is necessarily more complicated than what a country parson living in England envisioned back in the 18th century. When Thomas Malthus published ‘Essay on the Principle of Population' in 1798  the world's population was around 1 billion.

"Malthus argued that population multiplies geometrically and food multiplies arithmetically, so that the growing population will outstrip the food supply. He was not able to foresee technological innovation because before his time the rate of innovation in agricultural practices and distribution was very low.

"It took until 1927 for the world's population to reach 2 billion. Innovation and modern technology that accelerated during WWII allowed for a 20th century population explosion that took us from 2.5 billion to 6 billion. It only took 13 years for us to go from 6 billion to 7 billion.

"As I point out in my book, Democracy and Common Wealth, the number of people on the planet living in moderate and extreme poverty—3 billion—is roughly equal to the number of people born since 1985. If we had stopped population growth then, especially in developing countries, we could have essentially solved the problem of world hunger, along with a lot of other problems.

"Two to three hundred million people have died of starvation since Paul and Anne Ehrlich wrote The Population Bomb in 1968.

"Overpopulation has also contributed to global warming, acidification of the ocean, widespread pollution, resource wars, stress on the environment, deforestation, political instability, religious extremism and terrorism. The UN estimates that nearly a billion people are in a constant state of hunger."