Posted by tvernile on Wednesday, 27 August 2014 in Climate Change 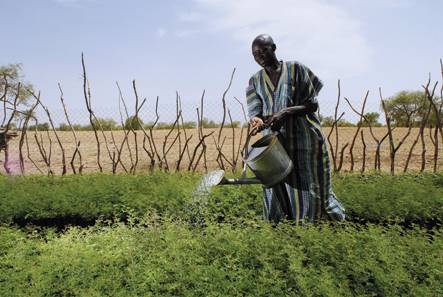 "Climate change is no longer only an environmental issue," said Diarmid Campbell-Lendrum, head of the climate change team at the World Health Organisation (WHO).

The UN agency Wednesday began a three-day conference at its Geneva base, folding together climate and health issues.

The goal is to put health in the spotlight at a special UN Climate Summit in New York on September 23.

Campbell-Lendrum was lead author of the health chapter in a new report by the Intergovernmental Panel on Climate Change (IPCC), which painted a bleak picture.

"If we don't act to reduce greenhouse gas emissions we'll be living on a planet which is basically in many important respects unsuitable, in many locations, for health," he told reporters.

According to WHO figures, at current rates of change, an additional 250,000 lives could be lost per year between 2030 and 2050, with poor nations continuing to bear the brunt.

Malnutrition, which already kills 3.1 million people per year, would be to blame for 95,000 of those deaths.

Experts point to increasingly frequent, extreme and lengthy droughts in traditionally hard-hit regions, and the risk of water shortages elsewhere, all affecting agriculture. Smog haze hangs over the downtown business districts of Hong Kong on December 10, 2013

Malaria, which currently kills 800,000 people annually, most of them African children under the age of five, could claim an extra 60,000 lives per year.

It is strongly influenced by climate change, with studies showing that warming enables the mosquitoes that spread it to flourish at more northerly and southerly latitudes and ever-higher altitudes.

Diarrhoea, a scourge in poor nations, would cause 48,000 additional deaths, due both to a scarcity of safe water in some regions and to increasing floods that contaminate supplies elsewhere.

Diarrhoea currently kills 600,000 children under the age of five every year.

WHO said that extreme heat—which contributes to cardiovascular and respiratory disease, notably among the elderly—could kill 38,000 more people a year.

"We know that heatwaves kill people. We proved that in Europe in 2003," said Campbell-Lendrum, referring to the crisis that claimed 70,000 lives.

He said heatwaves would likely soon be far more frequent. "What is currently considered a one-in-20-year event will become a one-in-five-year event," he warned.

"At the same time, the population which is most vulnerable to heatwaves—old people living in cities—in many parts of the world is also going to go up by a factor of five or 10," he explained.

Heat also affects diseases linked to a sedentary lifestyle, such as cancer and diabetes, notably in the already-baking Middle East, he told AFP.

"Heat makes physical activity in the open air actually dangerous in such countries," he said.