Posted by rackfokus on Wednesday, 20 November 2013 in Climate Change 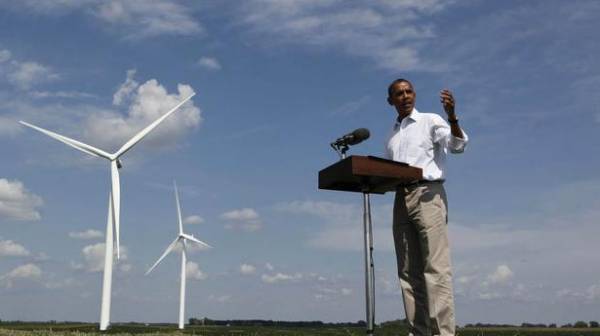 The Obama administration’s executive order on global warming ignores strong scientific evidence that the earth has not warmed in the last 15 years.

Increasingly, media outlets have been reporting that global warming has been on hiatus since about 1998, causing climate scientists to scramble for an explanation.

The recent United Nation’s climate report even acknowledged that there had been no significant warming over the last 15 years, but glossed over the evidence by saying that 15 years was too small a time period to declare global warming over.

In fact, the Obama administration, along with European governments, lobbied to have such data downplayed or even omitted from the UN’s recent climate report. Evidence of no warming would undercut the upcoming international climate negotiations in 2015.

“It’s just part of the desperate move to rebrand their vehicle from global warming — which it isn’t any more — to being all about catastrophic weather,” Chris Horner, senior fellow at the Competitive Enterprise Institute, told The Daily Caller News Foundation. “While the statistics disgrace such an effort, they think it has more emotional appeal and hasn’t yet been so roundly discredited.”

Indeed, the Obama administration and environmentalists have been focusing more on “extreme weather” events as a way to raise awareness about global warming, as global temperatures stay flat.

“Now, we know that no single weather event is caused solely by climate change,” the president said in June. “But we also know that in a world that’s warmer than it used to be, all weather events are affected by a warming planet. The fact that sea level in New York, in New York Harbor, are now a foot higher than a century ago — that didn’t cause Hurricane Sandy, but it certainly contributed to the destruction that left large parts of our mightiest city dark and underwater.”

Recently, Obama’s advocacy arm, Organizing for Action, tweeted out the president’s condolences to the victims of Hurricane Sandy who lost their homes when the storm hit last year.

The effects of extreme weather on the East Coast have been devastating. #ThisIsReal pic.twitter.com/QZNeg9vP88

However, scientists have pushed back on the conclusion that the weather is becoming more extreme. Dr. Roger Pielke of the University of Colorado testified before the Senate that it’s “incorrect” to claim that global warming is driving extreme weather events.

“It is misleading and just plain incorrect to claim that disasters associated with hurricanes, tornadoes, floods or droughts have increased on climate timescales either in the United States or globally,” Pielke told senators. “It is further incorrect to associate the increasing costs of disasters with the emission of greenhouse gases.”

“Hurricanes have not increased in the U.S. in frequency, intensity or normalized damage since at least 1900,” Pielke added. “The same holds for tropical cyclones globally since at least 1970.”

U.S. floods have not increased in “frequency or intensity” since 1950 and economic losses from floods have dropped by 75 percent as a percentage of GDP since 1940, according to Pielke’s research.

Furthermore, tornado frequency, intensity, and normalized damages have also not increased since 1950, and there is some evidence that this has declined. Droughts have been shorter, less frequent, and have covered a smaller portion of the U.S over the last century. Globally, there has been very little change in the last 60 years, he said.

Obama’s executive order creates the interagency Council on Climate Preparedness and Resilience, which is tasked with coordinating the federal government’s response to global warming and supporting state and local efforts to prepare for the impact of a changing climate.

“There is no trend in extreme weather events over the past century in spite of the mild warming that has occurred,” said David Kreutzer, economist with the conservative Heritage Foundation. “However, increases in wealth and demographic changes subject more people and property to the existing, serious weather risks. Directly addressing the resilience of our communities to severe weather impacts makes much more sense than expensive climate policies that have no impact on weather catastrophes.”

The makeup of Obama’s new climate council makes it seem more like a war council than one preparing for increasingly bad weather. According to the order, the council will be co-chaired by the chair of the White House Council on Environmental Quality, the director of White House Office of Science and Technology Policy, and the assistant to the president for Homeland Security and Counterterrorism.

“The Obama administration uses ‘climate change’ as an excuse to accomplish other goals,” said Daniel Simmons, director of regulatory and state affairs at the Institute for Energy Research. “Who knows why the administration is including the Office of the Director of National Intelligence, the Millennium Challenge Corporation, and the Department of Veterans Affairs on a council to ‘prepare the national for the impacts of climate change.’”