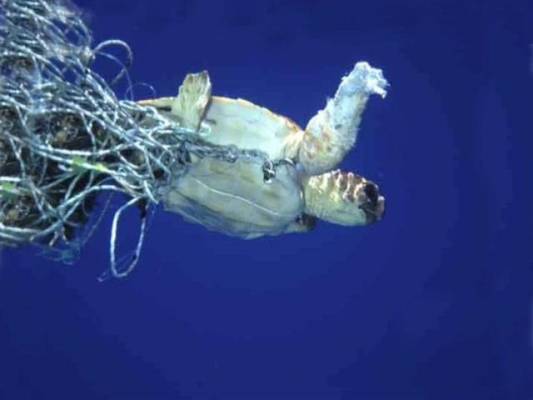 The U.S. Environmental Protection Agency will study a remote island used as an airstrip in the northwestern Hawaiian Islands that is often littered with plastic debris, the first step in a process that could eventually place it on the list of the country’s most hazardous sites.

In a letter to an environmental group, the agency said it will study Tern Island, part of a coral reef atoll about 550 miles northwest of Honolulu that is a breeding ground for millions of seabirds.

The decision came in response to a petition filed last year by the Center for Biological Diversity. The group asked the EPA to study listing a 1,200-mile span of the Northwestern Hawaiian Islands and part of the so-called Pacific Garbage Patch as a federal Superfund site because of the amount of plastic debris that floats on ocean currents and washes ashore.

“That was a sort of big ask,” said Emily Jeffers, an attorney for the Center for Biological Diversity. But she called the agency’s decision to study Tern Island “an incredibly important first step towards understanding the hazards plastic pollution poses to wildlife.”

A storm damaged a sea wall around Tern Island last year, exposing a landfill with buried electrical equipment that could contain toxic PCBs and other contaminants, according to the EPA.

“The EPA intends to evaluate potential and observed releases of hazardous substances from Tern Island, including hazardous substances that absorb to plastic marine debris in the surrounding surface water,” EPA Regional Administrator Jared Blumenfeld wrote in a Nov. 14 letter to the group.

An EPA spokesman characterized the study, known as a preliminary assessment, as an initial data collection effort to determine whether the site threatens human health or the environment. Only if it ranks as highly hazardous and fulfills many other requirements would it be named to the list of federal Superfund sites.