Posted by hzicko on Thursday, 20 February 2014 in Wind

The Economic Lifespan of a Windfarm 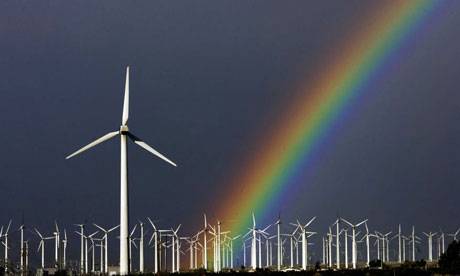 New wind farms have a longer economic lifespan than gas-turbine power stations, according to fresh research that also dismisses claims that ageing wind installations are a bad investment.

There has been some debate about whether wind turbines have a more limited shelf-life than other energy technologies. A previous study used a statistical model to estimate that electricity output from wind turbines declines by a third after only ten years of operation. Some opponents of wind power have argued that ageing turbine technology could need replacing en masse after as little as ten years, which would make it an unattractive option in economic terms.

In a new study, researchers from Imperial College Business School carried out a comprehensive nationwide analysis of the UK fleet of wind turbines, using local wind speed data from NASA. They showed that the turbines will last their full life of about 25 years before they need to be upgraded.

The team found that the UK's earliest turbines, built in the 1990s, are still producing three-quarters of their original output after 19 years of operation, nearly twice the amount previously claimed, and will operate effectively up to 25 years. This is comparable to the performance of gas turbines used in power stations.

The study also found that more recent turbines are performing even better than the earliest models, suggesting they could have a longer lifespan. The team says this makes a strong business case for further investment in the wind farm industry.

Dr Iain Staffell, co-author of the paper and a research fellow at Imperial College Business School, said: "Wind farms are an important source of renewable energy. In contrast, our dwindling supply of fossil fuels leaves the UK vulnerable to price fluctuations and with a costly import bill. However, in the past it has been difficult for investors to work out whether wind farms are an attractive investment.

"Our study provides some certainty, helping investors to see that wind farms are an effective long-term investment and a viable way to help the UK tackle future energy challenges."