Posted by wally on Thursday, 27 February 2014 in Oil Spill 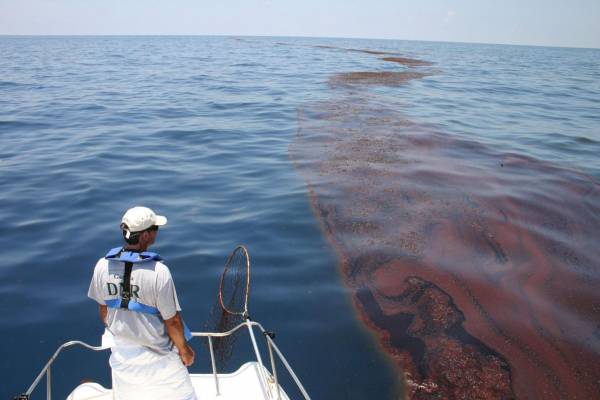 As part of on-going research nearly four years after the Deepwater Horizon oil spill, scientists from the Woods Hole Oceanographic Institution (WHOI) will team up with a group of high school students in Florida to collect remnants of oil from Gulf Coast beaches this week. Marine chemist Chris Reddy studies how the many compounds that compose petroleum hydrocarbon, or oil, behave and change over time after an oil spill. He and his researchers have collected and analyzed about 1,000 oil samples from the Gulf Coast since the Deepwater Horizon oil spill.

"With an iconic and wide-ranging spill like Deepwater Horizon, the need to perform such long-term studies is a top priority for me," said Reddy. He has already catalogued many of these samples in an on-line database to make the data available to the public and scientific community.

How the compounds react and weather in the environment also can help inform the chemical industry, governments, and cleanup efforts when future oil spills occur.

"Spilled oil undergoes a series of changes due to Mother Nature called 'weathering.' Weathering differs from one site to another based on several factors including the type of oil spilled and the local climate. Therefore, each location is a living laboratory that allows us to interrogate how Nature responds to these uninvited hydrocarbons."

On Feb. 28, the group of students will work alongside Reddy's team and colleagues from the Florida State University in one such living laboratory at a Pensacola, Fla. beach. This field expedition is part of a new education initiative called the Gulf Oil Observers (GOO), which trains volunteers to be effective citizen scientists. GOO mentors are educators and scientists associated with the Deep-C Consortium research project — a long-term study investigating the environmental consequences of oil released in the deep Gulf on living marine resources and ecosystem health.

The students from West Florida High School of Advanced Technology in Pensacola will collect samples of small, round clumps of sand mixed with crude oil. These oiled sand patties can be easily overlooked on the beach. No bigger than a silver dollar, they resemble small dark rocks, driftwood, and other beach debris.

"But if you know what to look for, they're not difficult to identify," said Reddy. That's why he and WHOI researcher Catherine Carmichael will train 23 high school students, the first group of GOO volunteers, on-site in Pensacola, Fla. to help conduct this research.