Posted by bjb41 on Monday, 17 March 2014 in Sustainable Development 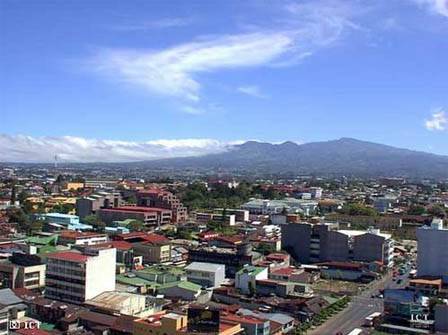 Reading further, Reuters reporter Marcelo Teixeira makes it clear that while Costa Rica’s “leftist” opposition PAC (Citizens’ Action Party) party, whose candidate Luis Guillermo Solis appears to be a shoo-in to win the presidency in an April 6 runoff election, believes the 2021 goal of achieving carbon neutrality is too optimistic, it doesn’t intend to drop the carbon neutrality goal or other climate change mitigation and adaptation policies.

To the contrary, PAC doesn’t intend to drop Costa Rica’s carbon neutrality goal; the party believes the Central American country just needs more time to achieve it. Already a world leader when it comes to low carbon emissions and the use of renewable energy, further gains are harder to come by, particularly when it comes to transportation and diversifying its renewable energy base.

Costa Rica is already one of the world’s low-carbon and renewable energy leaders, as well as being at the forefront of nations when it comes to ecosystems and biodiversity conservation and sustainable development. The first is thanks in large part to an abundance of hydro and geothermal power, Costa Rica’s leaders appear steadfast in their commitment to broaden and diversify the country’s clean, renewable energy base and to become the world’s first completely carbon-neutral society.

That’s not to say that becoming carbon neutral is a simple, straightforward or easily achievable task, however. In fact, Costa Rica intends to be the first in the world to do so. PAC leaders just think the country needs a bit more time.

“We don’t think it would be possible to reach carbon neutrality by 2021, because the most important tasks to reduce emissions in the country are yet to be done,” Citizens’ Action Party environmental adviser Patricia Madrigal was quoted as saying in Reuters’ report.

That notwithstanding, as Reuters’ Teixeira writes,

“Madrigal said the PAC has no intention of abandoning the carbon neutrality goal, nor other climate policies, but believes a more realistic year to reach the target would be around 2025 if reforms are carried out as planned.”

Madrigal elaborated by saying that while the country has been able to achieve substantial carbon and greenhouse gas emissions reductions in agriculture as well as the power sector, realizing further gains by reducing emissions in the transport and energy sectors are required, and not easy to come by.

Costa Rica in 2009 announced its intention to become carbon neutral as a society by 2021. It has enacted a series of ambitious measures to realize that goal, receiving praise from environmental groups and multilateral organizations dealing with climate change.

Also in 2013, Costa Rica’s Ministry of the Environment and Energy, Department of Climate Change, International Center of Political Economy and the U.N. Development Programme released a study of public transportation – taxis and buses – with the aim of charting a course to achieve carbon neutrality in the sector.

“A technological paradigm shift is necessary in the transportation sector if we want to realize further gains in reducing the carbon footprint in this sector,” the study authors concluded.

While noting that mass public transportation is a much more energy-efficient alternative than the use of private vehicles, they add they believe it’s possible to find other means to reduce or even eliminate carbon emissions in the transportation sector.

The groups’ survey and analysis is intended as a prerequisite to identifying such mechanisms, which they add can be used in formulating Costa Rica’s National Appropriate Mitigation Action plans as required by the United Nations Framework Convention on Climate Change (UNFCCC).

As the report authors explain, “This has been done from existing information gaps and supplementing with surveys of both transportation sector guilds, generating data that is substantial and necessary for the development of NAMA measures that can contribute to reducing the carbon footprint in the near future.”