Posted by SarahChamberland on Monday, 17 March 2014 in Climate Change

To Does Global Warming Really Exist? 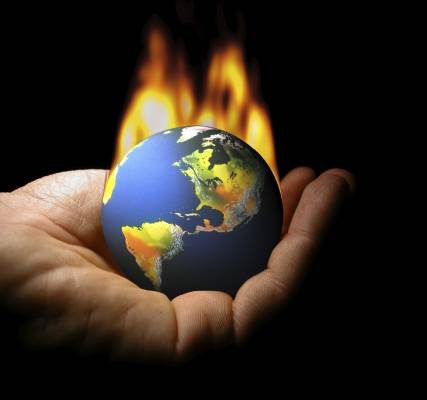 Global Warming is one of the interesting topics that are highly debated in the recent times. Wherever I go to parties or functions, I get to hear extensively about this phenomenon. I find it interesting because people seem to be absolutely convinced that global warming has engulfed the globe, and is adversely affecting its environment. Consider this case; a research study suggests that a large chunk of people believe the global warming truly exists. This is quite fascinating as there are very few people around who challenge the phenomenon’s very existence. Another interesting point is that people are of the belief that humans are the real cause of global warming. They also believe that it is a serious threat to the well being of their future generations. Whenever I speak with individuals, they cite some news article or a story that they read on some blog.

So, are we sure that global warming exists? On the basis of what I just mentioned above, you must believe that this is a baseless question. If you are a part of the majority in the world today, you would believe that I am misguiding you. Global warming has actually turned into a religion. Even if you question it, people look at you disdainfully.

To validate the question that I just asked, let me quote an article that appeared in the Time Magazine. This is an authenticated source, and it hence makes sense to bring it forward. In the year 1972, an article appeared in the Times Magazine which was titled ‘Another Ice Age’. The contents of that article contradict the theory of global warming. So what did it say? It mentioned that another ice age was on its way. In other words, the globe was going to get colder and gradually engulfed in a phase of frigid cold. This article was compiled after consultation with many recognized scientists and experts in the field. They were not simply speaking haphazardly but basing their prediction on facts. They mentioned in the article that the amount of snowfall had increased since the year 1940. This had been accompanied by a visible drop in the temperatures, and a trend of extremely cold winters. Moreover, there were various other climate irregularities that were mentioned.

More than 40 years have been passed since that article, and we know that ice age hasn’t arrived. The globe hasn’t cooled significantly, but the climate continues to act funny. The new thought being promoted these days is about Global Warming. Here is what is being discussed. Scientists and meteorologists have studied previous trends, and believe that the temperatures, all over the world, have risen in the last few years. As a result of such rise in temperature, polar ice caps have melted. Additionally, because of the emission of the green house gasses, the ozone layer has been destroyed. This has meant that the sun’s ultra violet rays can straight head to the earth, making all inhabitants be affected by the risk of various ghastly diseases. To be honest with you, all that I hear about global warming does not sound convincing to me. Firstly, I believe that a lot of the judgments being made are without proper evidence. Yes, the climate has changed. However, that has not necessarily happened due to global warming, as is being propagated. It certainly helps us in being more alert about the way in which we are dealing with the environment. We become more conservative about our use of non-renewable sources of energy and all other mediums through which the environment can be further subjected to global warming. But, that is all that this hype has achieved.

Furthermore, global warming, simply put, is a gradual increase in the temperatures of the globe. In short, the temperature in a specific period of time must have been higher than the past average. There are certain statistics, though, that suggest that the globe hasn’t warmed but cooled instead. Let us challenge another very prominent proof of global warming. We are continuously shown photographs of melting ice caps. We tend to get really scared about that. However, according to the National Snow and Ice Data Center (NSIDC), the amount of ice coverage increased by 9.4% in the year 2008 over the last year. Does this number validate everything that is being said about global warming? There are many other such statistics that might raise eyebrows and question the basic premise of the theory of global warming.

In the winter of the year 2013-2014, many records were shattered. The winter made people think of where all the global warming had been hiding during that period. The temperatures were extremely frigid and there was a significant amount of snowfall in the season. Many experts and residents of various countries believed that they actually felt as if ice age was moving towards them. Such biting winters make me think whether this would have been the case if global warming actually existed.

As my final thought, I would like to bring to your notice that several scientists believe that the theory of global warming is baseless. They are of the opinion that global warming is nothing but hype and there is very little matter that exists in the theory. On the basis of the statistics that exist and the above argument that I tried to present, even I believe that global warming is not a real threat. Climate has certainly changed, but there is no evidence to prove that it is a sign or cause of global warming. History suggests that the climate of the globe changes regularly. After ever few decades, the climate of the world changes and we currently seem to be in the transition. Trying to relate it to global warming will be taking the matter way too far. Take the example of a stainless wire rope used in an industry. They don’t remain constant. The ones that are used now do not look like the ones that we used in the past. Similarly, the climate that we experience today isn’t the same as we experienced in the past. Therefore, there is a need to be more rational before accepting any theory that we are presented with.

Sarah Chamberland has completed a Diploma in Manufacturing and Testing. She specializes in the production and safety inspection of construction equipment and also repair services for equipment. She is associated with Holloway Houston, Inc. a well-known company that offers heavy lifting, rigging equipment and stainless wire rope solutions. In her spare time, she loves going out on exotic dinners with friends and family.