Posted by plantitfilm on Monday, 14 April 2014 in Fossil Fuels

US NAVY Turns Seawater Into Fuel 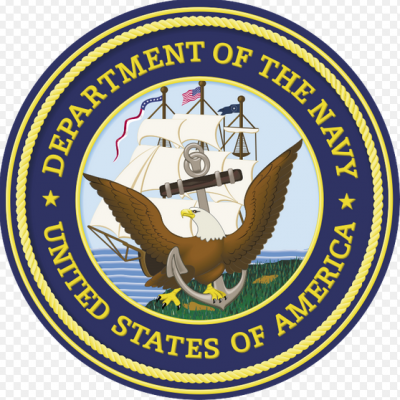 The United States Navy has figured out how to turn seawater into fuel and it will cost about the same as gasoline.

This technology is in its infancy and it’s already this cheap? What happens when it’s refined and perfected? Oil is only getting more expensive as the easy-to-reach deposits are tapped so this truly is, as it’s being called, a “game changer.”

I expect the GOP to go ballistic over this and try to legislate it out of existence. It’s a threat to their fossil fuel masters because it will cost them trillions in profits. It’s also “green” technology and Republicans will despise it on those grounds alone. They already have a track record of trying to do this. Unfortunately, once this kind of genie is out of the bottle, it’s very hard to put back in.

There are two other aspects to this story that have not been brought up yet:

1. The process pulls carbon dioxide (the greenhouse gas driving Climate Change) out of the ocean. One of the less well-publicized aspects of Climate Change is that the ocean acts like a sponge for CO2 and it’s just about reached its safe limit. The ocean is steadily becoming more acidic from all of the increased carbon dioxide. This in turn poisons delicate ecosystems like coral reefs that keep the ocean healthy.

If we pull out massive amounts of CO2, even if we burn it again, not all of it will make it back into the water. Hell, we could even pull some of it and not use it in order to return the ocean to a sustainable level. That, in turn will help pull more of the excess CO2 out of the air even as we put it back. It would be the ultimate in recycling.

2. This will devastate oil rich countries but it will get us the hell out of the Middle East (another reason Republicans will oppose this). Let’s be honest, we’re not in the Middle East for humanitarian reasons. We’re there for oil. Period. We spend trillions to secure our access to it and fight a “war” on terrorism. Take away our need to be there and, suddenly, justifying our overseas adventures gets a lot harder to sell.

And if we “leak” the technology? Every dictator propped up by oil will tumble almost overnight. Yes, it will be a bloody mess but we won’t be pissing away the lives of our military to keep scumbags in power. Let those countries figure out who they want to be without billionaire thugs and their mercenary armies running the show.

Why this is not a huge major story mystifies me. I’m curious to see how it all plays out so stay tuned.

People have been asking for more details about the process. This is from the Naval Research Laboratory’sofficial press release:

Using an innovative and proprietary NRL electrolytic cation exchange module (E-CEM), both dissolved and bound CO2 are removed from seawater at 92 percent efficiency by re-equilibrating carbonate and bicarbonate to CO2 and simultaneously producing H2. The gases are then converted to liquid hydrocarbons by a metal catalyst in a reactor system.

In plain English, fuel is made from hydrocarbons (hydrogen and carbon). This process pulls both hydrogen and carbon from seawater and recombines them to make fuel. The process can be used on air as well but seawater holds about 140 times more carbon dioxide in it so it’s better suited for carbon collection.

Another detail people seem to be confused about: This is essentially a carbon neutral process. The ocean is like a sponge for carbon dioxide in the air and currently has an excess amount dissolved in it. The process pulls carbon dioxide out of the ocean. It’s converted and burned as fuel. This releases the carbon dioxide back into the air which is then reabsorbed by the ocean. Rinse. Repeat.