Posted by piankoe on Tuesday, 06 May 2014 in Recycling 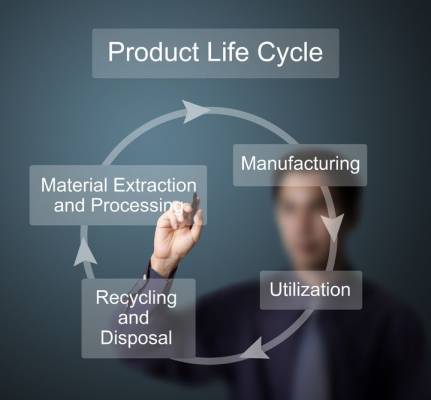 The U.S. federal government is the nation's largest consumer and disposer of electronics. Considering the number of federal employees—about 2.7 million at last count, not including the military or courts—U.S. government employees contribute a massive portion to the approximate 2.4 million tons of electronic waste, or e-waste, that is discarded annually. Not only are those monitors, printers, cell phones and all those peripherals leeching chemicals into soil and water supplies, government (as well as companies) leave money on the table thanks to all of those rare earth minerals allowing them to function in the first place.

Now the feds say they will become even more aggressive managing the recycling, reuse and eventual disposal of electronic goods. The General Services Administration (GSA), which in layman's terms is the buyer of all the gadgets federal government employees need, has proposed a new rule that aims to make the federal government a more responsible e-waste steward.

What does this rule propose? First of all, dispensing e-waste by incineration or into landfills is no longer acceptable. Reuse, says the GSA, will be the mantra if this new rule is passed. Agencies will have to make every effort to offer unwanted electronic equipment to other federal government offices. Failing that, such products would then be donated to local and state governments, schools, or non-profits. And in a move that will hardly make a dent in the federal government's debt but would still be a welcome gesture by those irritated by government inefficiency and waste, government agencies would also be allowed to sell equipment. As for what happens to the electronics that leave federal government offices, the GSA says the purchasers will be "encouraged" to follow the feds' reuse and recycling procedures—which some e-waste mavens will say is a case of wishful thinking.

Electronics the federal government is unable to offer for reuse will then be sent to recyclers. The GSA will only allow unwanted goods to be sent to companies certified by R2 and e-Stewards: which incidentally are the only two organizations certified by the U.S. Environmental Protection Agency (EPA). In order to shed some transparency on the process, the GSA claims it will develop policies mandating government agencies to submit data for all unwanted and discarded electronic goods, and will release that information publicly on Data.gov.