Posted by brian carter on Wednesday, 28 May 2014 in Climate Change 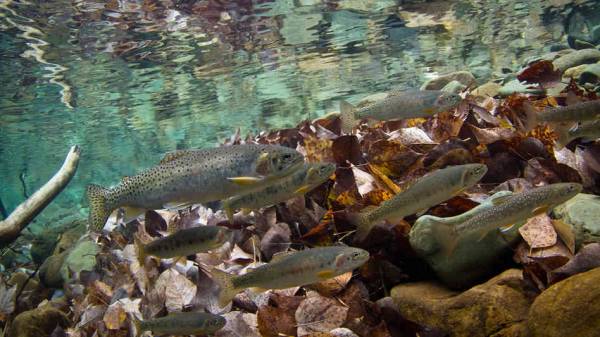 Climate changes that have made Montana streams much warmer over the last 30 years are helping invasive trout push their native cousins toward extinction, researchers said on Tuesday, saying study is an example of global warming reducing biodiversity.

The study led by ecologists with the U.S. Geological Survey links warming streams and reduced spring flows in the Flathead River basin in western Montana and Canada to a sharp rise in interbreeding between rainbow trout introduced by government fishery managers and native westslope cutthroat trout.

The study, published in the latest edition of the journal Nature Climate Change, shows evidence that a warming planet could decrease biodiversity by supporting cross-breeding between invasive and native species, authors said.

Rainbow trout, stocked in Rocky Mountain streams and lakes to lure anglers, fared better than westslope cutthroat during a warming trend in the Flathead basin that saw summer water temperatures nearly triple between 1978 to 2008, the study shows.

Like other invasive fish, rainbows have greater tolerance for environmental alterations like lower stream flows because of drought while native trout adapted to local conditions that historically brought colder water in greater volumes.

Variables such as habitat degradation were the focus of previous research on the impact on climate changes on native fish in the western United States.

While hybridization is a well-established threat to native cutthroat trout in western North America, the study led by USGS ecologist Clint Muhlfeld and others demonstrated how factors such as rising water temperatures influence evolutionary processes by accelerating interbreeding with rainbow trout and corrupting the natural genetic pool that allowed westslope cutthroat to adapt and survive in local streams for more than 12,000 years.

"Hybridization was a time bomb waiting to go off under the right set of conditions," Muhlfeld said.

Cross-breeding reduced the overall fitness of the native fish, likely decreasing the resiliency and adaptive capacity that helped it survive cataclysmic events like glaciation, researchers found.

"If these nonnative rainbow trout populations persist, we think the writing is on the wall and there will be the loss of these native cutthroat trout, a genomic extinction," Muhlfeld said.