Posted by amir on Thursday, 05 June 2014 in Wildlife Conservation 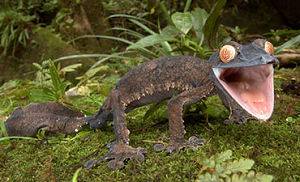 Antananarivo: Over 17 million hectares of land and marine area will be the focus of a new partnership aimed at protecting Madagascar’s unique biodiversity.The three year agreement signed today between WWF and Madagascar National Parks (MNP) will cover roughly 29% of Madagascar’s total surface are. The aim is to jointly pursue funding and develop programs for the conservation and protection of biodiversity. "The missions of MNP and WWF are complementary and interdependent,” said Nanie Ratsifandrihamanana, Country Director of WWF-Madagascar. “Combining our joint commitments on the ground will lead to great benefits of cohesion, efficiency and joint performance. Together we can better promote the conservation of biodiversity and the development of sustainable solutions that benefit local communities.”Deforestation is one of the most serious environmental threats in Madagascar and the deal is modeled after a successful project in the country’s southwest spiny forest region, where WWF Madagascar has supported MNP in the management of two national parks since 2005. One project from this partnership was the expansion of a WWF aerial surveillance program that used images of deforestation and impacts of slash-and-burn agriculture to promote better agricultural practices. The program drastically reduced the incidence of slash-and-burn agriculture in and around Tsimanampesotse National Park. The two organizations will be working together across six of WWF-Madagascar’s priority areas – a wide variety of landscapes and ecosystems including the northern mountains, the eastern rainforests, the arid southern spiny forests, mangroves, islands, waterways and coral reefs. The land area covered by the agreement contains 85 per cent of Madagascar’s critically endangered lemurs and 99 per cent of its endemic bird species."The areas covered by this agreement are some of the most important environmental ecosystems in the country," explains Guy Suzon Ramangason, CEO of MNP. "The geographic overlap of our parks and protected areas with WWF’s priority landscapes means this was a great opportunity to create a shared vision for the preservation and promotion of those places where the natural wealth and ecosystem services are important."Madagascar, one of the world’s biodiversity hotspots, is home to 250,000 plant and animal species, over 80% of which are endemic to the island nation.