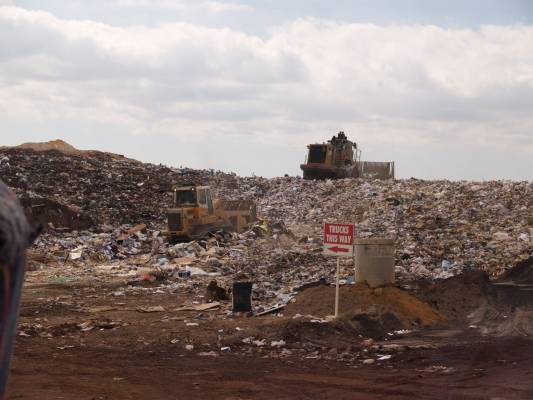 As part of the President’s Climate Action Plan – Strategy to Reduce Methane Emissions, the U.S. Environmental Protection Agency (EPA) is proposing updates to its air standards for new municipal solid waste (MSW) landfills. These updates would require certain landfills to capture additional landfill gas, which would reduce emissions of methane, a potent greenhouse gas, and help further reduce pollution that harms public health. The agency also is seeking broad public feedback on how and whether to update guidelines for existing landfills.

Non-hazardous waste from homes, business and institutions ends up in municipal solid waste landfills, where it decomposes and breaks down to form landfill gas, which includes carbon dioxide, a number of air toxics and methane. Methane has a global warming potential 25 times that of carbon dioxide.

“Reducing methane emissions is a powerful way to take action on climate change,” said Administrator Gina McCarthy. “This latest step from the President’s methane strategy builds on our progress to date and takes steps to cut emissions from landfills through common-sense standards.”

Today’s proposal would require new MSW landfills subject to the rule to begin controlling landfill gas at a lower emissions threshold than currently required. Under the proposal, landfills would capture two-thirds of their methane and air toxics emissions by 2023 – 13 percent more than required under current rules. EPA estimates the net nationwide annual costs of complying with the additional requirements in the proposed rule would be $471,000 in 2023.

Today, methane accounts for nearly 9 percent of all greenhouse gas emissions in the United States, and landfills are the third-largest source of human-related methane in the country, accounting for 18 percent of methane emissions in 2012. Regulatory and voluntary programs, including the agency’s Landfill Methane Outreach Program, have helped reduce emissions from landfills by 30 percent from 1990 to 2012. However, without additional actions, methane emissions are projected to increase through 2030.

Also today, EPA issued an Advance Notice of Proposed Rulemaking (ANPR) seeking broad public input on whether and how to update current emissions guidelines for existing landfills to further reduce their emissions, including methane. The agency is considering updating those guidelines based on a several factors, including significant changes that have occurred in the landfill industry since the original guidelines were issued in 1996. Nearly 1,000 MSW landfills in the U.S. currently are subject to either the 1996 emission guidelines for existing landfills or the 1996 NSPS for new landfills.

EPA will take public comment on the proposed performance standards updates and the ANPR for 60 days after they are published in the Federal Register. If a hearing is requested, it will be held on August 12, 2014 in Washington, D.C.

Information on the Strategy to Reduce Methane Emissions: http://www.whitehouse.gov/blog/2014/03/28/strategy-cut-methane-emissions