Posted by tvernile on Tuesday, 08 July 2014 in Wildlife Conservation 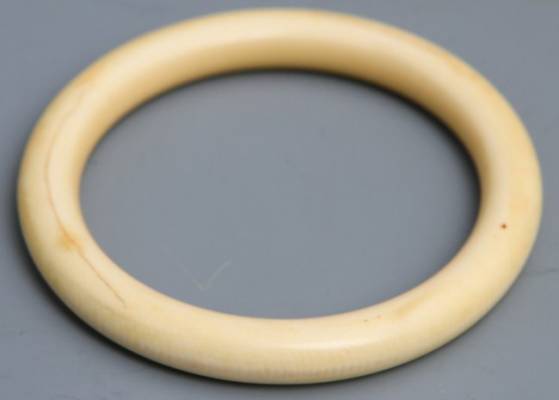 The availability of ivory items for sale in Bangkok has nearly tripled in the last 18 months, according to a report released days before a major international meeting on wildlife trade.The report, Polishing off the ivory: Surveys of Thailand’s ivory marketreleased today by the wildlife trade monitoring network TRAFFIC, found an increase both in the number of locations selling ivory as well as the quantity of ivory available since Thailand pledged to eradicate its domestic ivory trade in 2013.“The level of improvement made in Thailand since 2013 is bitterly disappointing,” says Dr Colman O’Criodain, WWF’s Policy Analyst on International Wildlife Trade. “The country hosted the last global meeting of governments on wildlife trade, but has made no progress in shutting down its domestic markets despite a national commitment from the highest level.”The Standing Committee of the Convention on International Trade in Endangered Species of Wild Fauna and Flora (CITES) meets in Geneva next week to check the progress on pledges made since the 2013 meeting of parties to the convention. That meeting took place in Bangkok and was widely seen as creating a new willingness among governments to tackle the wildlife crime crisis.WWF calls on CITES to take a harder line with countries, including Thailand, that are failing to act on their commitments to counter illegal wildlife trade. CITES can impose stricter deadlines and conduct closer monitoring. CITES also has the power to impose sanctions, by recommending that governments cease trading in CITES-listed species with countries that are not showing progress.“The Standing Committee needs to take resolute action at this meeting,” says Dr Carlos Drews, WWF’s Director of Species Conservation. “Past practice, whereby the issue has simply been passed from one meeting to the next without Thailand taking concrete action, has contributed to the situation we find ourselves in now.”The TRAFFIC report shows that the number of retail outlets selling ivory in Bangkok jumped from 61 to 105 between January and December of 2013. The number and size of specific ivory products indicated that larger-sized elephant tusks are reaching the market in Thailand. This, along with seizure data, confirms illegal attempts to move large quantities of African elephant ivory into the country.The report also provides evidence that the quantity of ivory available for purchase far exceeds the limited supply available from domesticated animals, meaning the vast majority of ivory being sold is illegal under international laws.The latest CITES figures show that African elephant poaching rates remain above 20,000 per year, well in excess of the reproduction rate of the population, while the growing number of seizures of ivory shipments over 500kg indicate the increasing role played by organised criminals in the illegal trade. Thailand’s domestic ivory market is the biggest unregulated market in the world. In advance of the upcoming CITES meeting, a coalition of NGOs including WWF sent a letter to the country’s military government calling for action on the ivory trade issue.