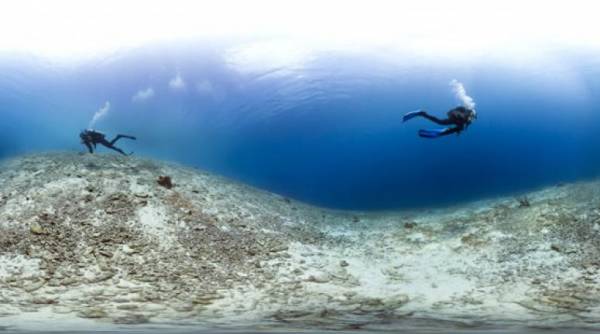 Without aggressive management, most of the Caribbean coral reefs will disappear in the next 20 years, according to a recent UNEP press release.

“Status and Trends of Caribbean Coral Reefs: 1970-2012,” a recent report compiled by Global Coral Reef Monitoring Network (GCRMN), the International Union for Conservation of Nature (IUCN) and UNEP, states that only one-sixth of original coral cover remains along coastlines. Since 1970, more than half of the Caribbean coral reefs have died, leaving a serious environmental policy project for current legislators.

This new report is a massive analysis of data collected between 1970 and 2012. It studies more than 35,000 surveys conducted at 90 Caribbean reef sites, including not only studies of corals themselves, but of the seaweeds, urchins and fish that create the fragile ecosystem of coral reefs.

While factors like the environmental impact of long-term tourism and bleaching caused by climate change have greatly weakened the corals, the greatest cause of coral degradation is in the lack of grazers.

"The decline in corals started long before climate change began to affect reefs," said Terry Hughes, author of a 1994 study which predicted the current problems due to parrotfish removal. "This report confirms that vigorous populations of grazing parrotfish are a common attribute of the healthiest Caribbean coral reefs.”

Because of gross overfishing in areas near coral reefs, parrotfish and sea urchins have been decreasing in huge numbers. The problem with endangered grazers is the positive feedback loop it creates: parrotfish start to die off, algae begins to grow unchecked, corals are smothered by overgrow algae, corals die off and give even less habitat space to grazers and other fish.

Not only do ocean wildlife have less habitat, but the shoreline is less protected from the ever-rising sea levels — a pivotal role of coral reefs. Even at the most superficial levels, the degradation of corals has lead to decreased tourism levels. When there isn’t a sprawling, beautiful reef to scuba dive around, what’s the point of a scuba vacation?

While the current outlook seems grim, there is still enough wiggle room to turn around this very serious trend. The report offers four key recommendations for legislators in order to attempt a reversal of the past 40 years of degradation.

Firstly — and most crucially — there must be “robust” conservation policies adopted to regulate fisheries. Coral reef areas such as Bermuda and Bonaire have seen restored parrotfish and urchin populations by outlawing all catches of these grazers and designating portions of reef as marine reserves. In October 2013, UNEP passed a unanimous recommendation to list parrotfish under the Specially Protected Areas and Wildlife annexes, which would more quickly and decisively protect the grazers.

The next three recommendations have much to do with the standardization of regulations: simplifying reef monitoring and availability of results, fostering communication between authorities and implementing adaptive legislation so threats to coral reefs are systematically addressed.

The report also makes key recommendations for outreach to those dependent on parrotfish who might be adversely affected by new restrictions. Reaching out to local authorities is also crucial in order to educate communities on why coral reef preservation matters.

In her foreword to the report, Lisel Alamilla, Minister of Forestry, Fisheries and Sustainable Development of Belize, acknowledges the severity of coral reef loss while recognizing that hope is not lost.

“Although the report clearly shows that there has been an ongoing decline in coral cover and reef health, there is also a strong message of hope that with the appropriate management interventions, we can affect the desired outcome of a better balance between man and the reef environment.”