Posted by thatsenough on Wednesday, 23 July 2014 in Climate Change 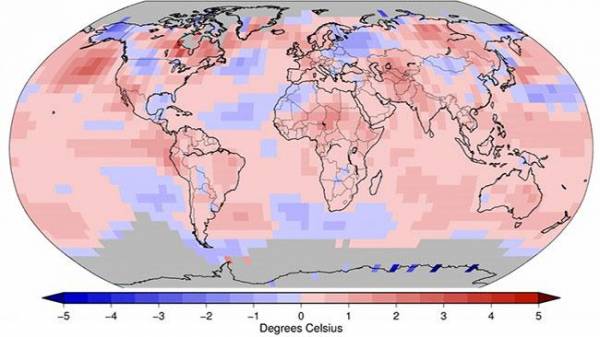 Last month was the hottest June in more than 130 years of recorded weather history, the National Oceanic and Atmospheric Administration announced Monday in its monthly state of the climate report, surpassing the previous record high for the month set in 1998.

Nine of the 10 warmest Junes on record have occurred in the 21st century, including each of the past five years. Other than February, each month of 2014, so far, has ranked in the four warmest of each respective month, according to NOAA.

Parts of southeast Asia, eastern and central Africa, northern South America and southern Greenland experienced record June warmth. On the other end of the spectrum, cooler-than-average June temperatures were observed in parts of Alaska, the northern Rockies, western Russia and the Baltic countries.

Some other June highlights include:

June 2014 featured the largest monthly global ocean temperature anomaly on record, 0.64°C above the 20th century average of 16.4°C. Swaths of the equatorial and northeast Pacific Ocean were at record warm levels, according to NOAA.

To place this in context, here's a graph from NOAA illustrating how June 2014's global temperature compares to all Junes dating to 1880.

A cooler-than-average June for the globe overall hasn't happened since the U.S. was preparing to celebrate the bicentennial (1976). The Earth has not chalked up a single cooler-than-average month since February 1985, a streak of 352 straight warm months.

Regions experiencing record warmth from January-June, according to the NOAA/NCDC map, include:

This is despite one of the coldest winters on record in parts of the Great Lakes and one of the ten coolest January-June in seven U.S. states.