Posted by tvernile on Thursday, 07 August 2014 in Wildlife Conservation 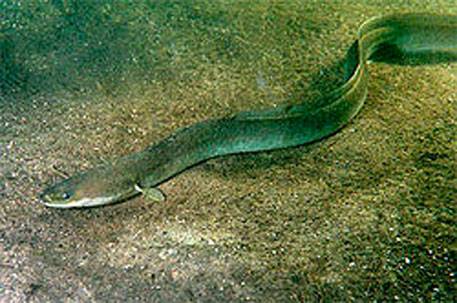 Man-made noise pollution may pose a threat to marine eel populations by dulling crucial responses to predators, according to a study by a team of researchers from the Universities of Exeter and Bristol, UK.

The study has been published in the journal Global Change Biology on August 6.

The experiment was conducted with Anguilla anguilla, or the European eel, which inhabits coastal areas of Europe and the Mediterranean Sea. It is currently listed as Critically Endangered under the IUCN (International Union for Conservation of Nature) Red List.

Juvenile eels were exposed to recordings of ships passing through harbours before testing their responses to two simulated predator models, the “ambush predator”, to test the startle response of the eels, and the “pursuit predator”, where the eel was chased.

The study found that, while under normal conditions, 80 per cent of the eels would respond to an ambush by a predator, their number dropped to only 38 per cent in groups previously exposed to playbacks of ship noises. Those that did respond had 25 per cent slower response time. When pursued by a predator, the eels were twice as likely to get caught.

On testing the physiology of the eels subjected to noises, the team found that the eels suffered from heightened stress levels (increased ventilation and metabolic rate), as compared to control groups, which were exposed to recordings from the same harbour, without the ship noises. Also, under normal conditions, fish show lateralised behaviour, wherein they show a preference between their right and left sides when they are approached by predators. When exposed to the noises, this preference was greatly diminished. Both are possible reasons for the dulled life-or-death responses that are crucial for the eels’ survival in real world settings.

Co-author of the study, Andy Radford from the University of Bristol, explains: "The fact that eels were affected physiologically and spatially suggests that other important functions may also be affected. We focused on anti-predator responses as, unlike impacts on movement or feeding, there is no way to compensate for being eaten after the disturbance goes away."

Implications for marine wildlife
The findings of the study highlight the dire consequences that marine wildlife may face as a result of man-made noise pollution, and the need to conduct experiments such as these in real world settings to assess extent of the impact. Members of the team, including Steve Simpson, from the University of Exeter, have previously been involved in similar projects, assessing the impact of anthropogenic noise on marine wildlife. They have found that man-made noise pollution can have a wide range of effects on marine species, including foraging behaviour and embryonic development.

According to Simpson, "If we want to effectively manage noise in the marine environment, we next need to assess the spatial scale over which individual animals and populations are affected. This means taking experiments like this one to offshore environments near to real-world noise sources."