Posted by tvernile on Monday, 18 August 2014 in Forestry 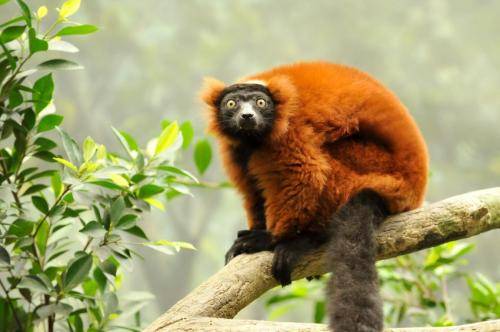 An international team of conservationist scientists and practitioners has published new research showing the precarious state of the world's primary forests.

The global analysis and map are featured in a paper appearing in the esteemed journal Conservation Letters and reveals that only five percent of the world's pre-agricultural primary forest cover is now found in protected areas.

Representing organisations such as the US-based Wildlife Conservation Society, the Zoological Society of London, the Geos Institute and Australian National University, they conclude that primary forest protection is the joint responsibility of developed as well as developing countries and is a matter of global concern.

Primary forests – largely ignored by policy makers and under increasing land use threats – are forests where there are no visible indications of human activities, especially industrial-scale land use, and ecological processes have not been significantly disrupted.

These forests are home to an extraordinary richness of biodiversity, with up to 57 percent of all tropical forest species dependent on primary forest habitat and the ecological processes they provide.

The analysis shows that almost 98 per cent of primary forest is found within 25 countries, with around half of that located in five developed countries: the U.S., Canada, Russia, Australia and New Zealand.

Professor Mackey warns that industrial logging, mining and agriculture gravely threaten primary forests, and those outside of protected areas are especially vulnerable.

He adds that policies are urgently needed to reduce pressure to open up primary forests for industrial land use.

"International negotiations are failing to halt the loss of the world's most important primary forests," says Professor Mackey. "In the absence of specific policies for primary forest protection in biodiversity and climate change treaties, their unique biodiversity values and ecosystem services will continue to be lost in both developed and developing countries."

Co-author James Watson, of the Wildlife Conservation Society, says: "Primary forests are a matter of significant conservation concern. Most forest-endemic biodiversity needs primary forest for their long-term persistence and large intact forest landscapes are under increasingly pressure from incompatible land use."

1. Recognise primary forests as a matter of global concern within international negotiations and not just as a problem in developing nations;

2. Incorporate primary forests into environmental accounting, including the special contributions of their ecosystem services (including freshwater and watershed services), and use a science-based definition to distinguish primary forests;

3. Prioritise the principle of avoided loss – emphasise policies that seek to avoid any further biodiversity loss and emissions from primary forest deforestation and degradation;

4. Universally accept the important role of indigenous and community conserved areas – governments could use primary forest protection as a mechanism within multilateral environmental agreements to support sustainable livelihoods for the extensive populations of forest-dwelling peoples, especially traditional peoples, in developed and developing countries.