Posted by tvernile on Tuesday, 26 August 2014 in General Environment 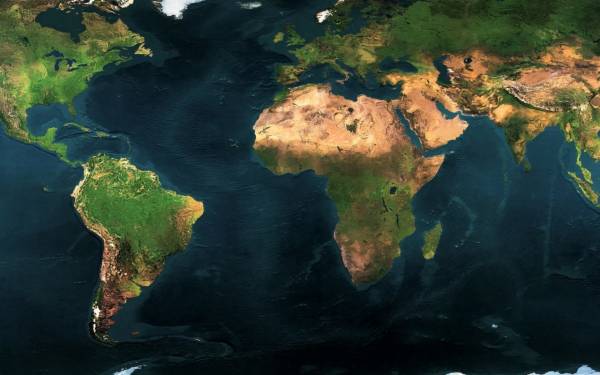 A new analysis suggests the planet can produce much more land-plant biomass – the total material in leaves, stems, roots, fruits, grains and other terrestrial plant parts – than previously thought.

The study, reported in Environmental Science and Technology, recalculates thetheoretical limit of terrestrial plant productivity, and finds that it is much higher than many current estimates allow.

"When you try to estimate something over the whole planet, you have to make some simplifying assumptions," said University of Illinois plant biology professor Evan DeLucia, who led the new analysis. "And most previous research assumes that the maximum productivity you could get out of a landscape is what the natural ecosystem would have produced. But it turns out that in nature very few plants have evolved to maximize their growth rates."

DeLucia directs the Institute for Sustainability, Energy, and Environment at the U. of I. He also is an affiliate of the Energy Biosciences Institute, which funded the research through the Institute for Genomic Biology at Illinois.

Estimates derived from satellite images of vegetation and modeling suggest that about 54 gigatons of carbon is converted into terrestrial plant biomass each year, the researchers report.

"This value has remained stable for the past several decades, leading to the conclusion that it represents a planetary boundary – an upper limit on global biomass production," the researchers wrote.

For example, in Illinois a hybrid grass, Miscanthus x giganteus, without fertilizer or irrigation produced 10 to 16 tons of above-ground biomass per acre, more than double the productivity of native prairie vegetation or corn. And genetically modified no-till corn is more than five times as productive – in terms of total biomass generated per acre – as restored prairie in Wisconsin.

Some non-native species also outcompete native species; this is what makes many of them invasive, DeLucia said. In Iceland, for example, an introduced species, the nootka lupine, produces four times as much biomass as the native boreal dwarf birch species it displaces. And in India bamboo plantations produce about 40 percent more biomass than dry, deciduous tropical forests.

Some of these plants would not be desirable additions to native or managed ecosystems, DeLucia said, but they represent the untapped potential productivity of plants in general.

"We're saying this is what's possible," he said.

The team used a model of light-use efficiency and the theoretical maximum efficiency with which plant canopies convert solar radiation to biomass to estimate the theoretical limit of net primary production (NPP) on a global scale. This newly calculated limit was "roughly two orders of magnitude higher than the productivity of most current managed or natural ecosystems," the authors wrote.

"We're not saying that this is even approachable, but the theory tells us that what is possible on the planet is much, much higher than what current estimates are," DeLucia said.

Taking into account global water limitations reduced this theoretical limit by more than 20 percent in all parts of the terrestrial landscape except the tropics, DeLucia said. "But even that water-limited NPP is many times higher than we see in our current agricultural systems."

DeLucia cautions that scientists and agronomists have a long way to go to boost plant productivity beyond current limits, and the new analysis does not suggest that shortages of food or other plant-based resources will cease to be a problem.