Posted by Aaron on Friday, 30 September 2011 in Sustainable Development

Can We Carry the Planet 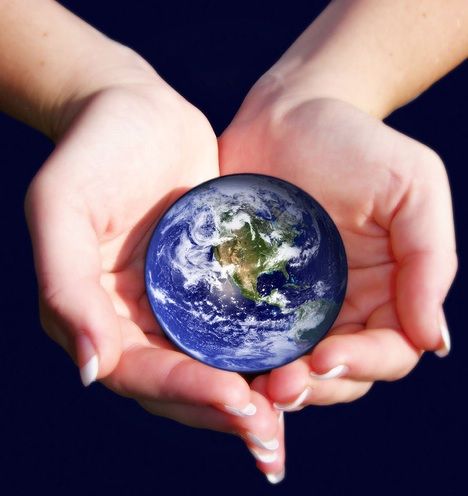 The idea that human societies, at their best, seek to evolve toward a more perfect embodiment of humankind’s shared aspirations for peace, freedom, justice, prosperity, personal and collective wellbeing. Today, and for the foreseeable future, that list also includes sustainability: living within the natural carrying capacity of our planet, in order to preserve and protect the wellbeing of Earth’s biosphere upon which all living things depend for survival. Over many centuries, human societies have devolved away from sustainability. It is high time to evolve back.

The values that we now call “green” are relatively new in the context of Western civilization. It is certainly true that indigenous peoples the world over have  understood for millennia the whys and hows of living in balance with their natural surroundings. Those understandings, however, were eclipsed in Western thinking by the discovery of technologies that seemed able to overpower the constraints of nature. Today, that same preference for technological enhancements of human power, wealth and comfort characterize “developed” and “developing” nations everywhere in the world. Only lately has it become widely apparent that human activity threatens not only the natural world but humankind’s own future.

More than 100 years ago, the Swedish scientist Svante Arrhenius declared that the human burning of fossil fuels would lead to CO2 buildup in the atmosphere and cause global warming. His thinking on this subject was mostly ignored until decades after his death. Similarly, naturalists such as John Muir became powerful advocates for the protection of wilderness areas from encroachment by miners, loggers and dam-builders long before such ideas gained wide traction. Muir co-founded the Sierra Club in 1892 and directly influenced President Theodore Roosevelt to protect the Yosemite Valley as a national park.

But it was not until the 1960s that a robust environmental movement took shape. This period saw a rapid evolution of social awareness around air and water pollution, natural habitat loss, species extinction and other issues. In the U.S., this groundswell resulted in such federal legislation as the Clean Air Acts of 1963 and 1970; clean water measures in 1972 and 1977; and the Endangered Species Act of 1973.

During this same period, many individuals began modifying their own lifestyles toward voluntary simplicity and environmental sensitivity, reflected in the first Earth Day celebrations in 1970. The oil price shocks of the mid-1970s gave a strong boost to green early-adopters. But the Reagan era saw both a return of cheap oil and a broad decline in public concern for the environment. “Green” became marginalized as a “life-style choice,” viewed as quaint or quirky by mainstream society.

In general, this first major phase of green social evolution in America, what is here called “old green,” was characterized mainly by efforts to mitigate environmental damage done to specific locales or communities by large industrial players – water pollution from chemical run-off or illegal dumping; lakes and forests threatened by acid rain from power plant emissions; urban air pollution from gas-guzzling cars without catalytic converters. The “bad guys” usually had corporate nameplates; the accusations were focused accordingly. This lent an “us against them” quality to much environmental activism, not infrequently resulting in mainstream backlash against green finger-pointing viewed as “holier than thou,” anti-business, even anti-American.

Fast forward. Even during the Reagan era, diligent scientists were working, mostly without public notice, on a set of problems that could potentially threaten the entire globe. The first of these threats to capture the public imagination was the disintegrating ozone layer. Remarkably, when this discovery was brought to light, international action was swift and decisive, resulting in the Montreal Protocol of 1987 to eliminate ozone-depleting chemicals. UN Secretary General Kofi Annan later hailed this as “perhaps the single most successful international agreement to date.”

But ozone was just a warm-up. In recent years, thousands of scientists and research groups have reached broad consensus that human activity is changing the global climate. This threat, if unchecked, could eventually result in such negative effects as inundation of populated coastal regions, disastrous crop losses, unprecedented species extinctions, massive storms and more.

Climate change is emblematic of global challenges that call for a “new green” era of social evolution. A similarly broad threat is rapid depletion of key resources including topsoil and fresh water. Such threats potentially touch everyone, everywhere, reminding us that in the natural world, “everything is connected to everything.”

“New green” not only acknowledges that these globe-spanning challenges affect everyone, but also that everyone is potentially part of the problem, and also part of the solution. No longer is it possible to say that “they” are to blame, while “we” are not. “We” are the problem, as surely as anyone. Here in the U.S., the average citizen’s consumption, if replicated across the entire world, would require over four “Earths” to sustain. Even citizens who are making a diligent effort to embody green values almost always fall short of a “one-Earth” footprint. With few exceptions, any U.S. resident who drives a conventional vehicle or has grid-tied electricity and hot running water is likely to be living unsustainable.

“New green”, then, recognizes that all of us are implicated in such monumental challenges as climate change; and each of us can be part of the solution, starting with a sober critique of how we really live, right now. Chances are, every one of us can find new ways to consume less, conserve more, and reduce our footprint upon the Earth, without feeling grossly deprived. We can become examples of green values in action, inspiring others without pointing fingers or casting blame.

Of course, “bad guys” are still out there, in industry and government, here and abroad; and our personal examples alone will not convert them all. But living our values at home first will make a huge and empowering difference, and might even open doors to  unexpected social transformation.

If ever there was a time for the people to lead, that time is now. Join the evolution!