Posted by ep-admin on Sunday, 24 April 2011 in General Environment

Earth Day isn't good for my health. I've got to stop observing it. Actually, I don't. Normally. Observe it. Or rather I prefer to think of every day as Earth Day. It probably has something to do with when I came of age—the late '60s, early '70s. It hit me over the head (my recollection is that the moment it did I was in a Vermont field surrounded by friends telling me everything was going to be OK) that we live on a lovely, fragile, in certain ways unimprovable planet, edging up on a miracle. More to the point, it's the only one we have. 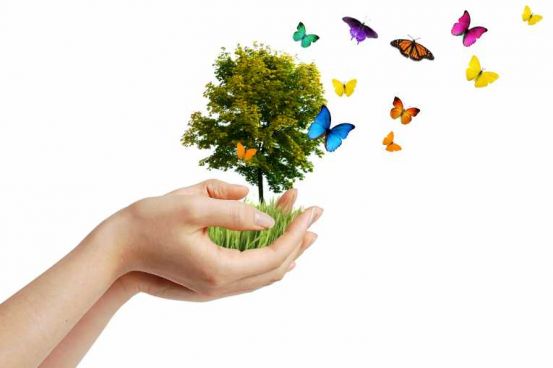 So when I see people despoiling it I'm filled with righteous indignation. This indignation bubbles over into something resembling rage when the garbage happens to be deposited on my own property and I have to pick it up. Which I do once a year. This year the occasion, mostly coincidentally, occurred Friday afternoon, Earth Day.

We live on a quiet country road—and own the property on both sides of it. That's a privilege, but also provides double the frontage for people to throw trash. My grandparents bought the place in the late 1940s and said that back then the only traffic was one neighbor's car that went down the road in the morning and came back in the evening. The traffic has obviously increased since then. At the height of rush hour, a dozen cars might pass in an hour.

And a fair number of those drivers throw garbage out their car windows, judging by the number of bags i collect bursting with debris. Actually, it appears that it's the same culprits again and again, based on their choice of lotto games and brands of beer. This makes cleaning up after them both more maddening and more intellectually stimulating, to the extent that you can characterize garbage collecting as an intellectual exercise.

Allow me to offer an example. Friday afternoon I found at least five water bottles filled with a dark swill of cigarette butts. Obviously the perpetrator was tidy enough that he didn't just toss his butts out his car window. He went to the trouble of designating a water bottle for that purpose. If a guy (or gal) was going to go to all that effort, wouldn't you assume it might occur to him or her to deposit the container in the trash?

Unless, perhaps, the miscreant is trying to hide his habit from somebody. But from whom? His or her husband, wife, mother? These are the things I think about as I walk along the road gathering garbage. Call me a romantic, or at least someone with an overactive imagination, but last year I found not only empties but also full, unopened cans of beer. Obviously, the only reason someone would throw perfectly good beer out a car window is that they wanted it gone by the time they got home.

Sometimes my daughter helps me collect the trash. Last year she found a size 14 stiletto—just one of them—by the side of the road. I won't even speculate as to its provenance, or what it was doing in the woods. Gracie was off looking at colleges with her mother Friday afternoon, so I was forced to gather the garbage alone, and didn't come up with anything nearly as interesting.

The other aspect of the enterprise that keeps me amused—if you consider being in a froth of rage a form of amusement—is that gathering garbage doubles as sociological, or at least product, research. Based upon my observations, McDonald's may be happy to hear that, year after year, their customers produce the most debris left on my road. I doubt they're greater litterbugs than, say, Burger King or Wendy's customers. I just think it's testimony to the consistent, great taste of Big Macs and McNuggets. Congratulations, McDonald's!

In the beer category, Keystone seems to rank No. 1 among litterbugs, perhaps because it's affordably priced. Among imported brands, Corona comes out on top, particularly in the 40-ounce size. Heineken takes top honors in the 12-ounce category, the ubiquity of its green bottles on the edge of my forest and in my stream an obvious tribute to a powerhouse marketing strategy.

I reserve my greatest ire for those criminals who intentionally wait until they reach my property to dump their garbage. You may think me paranoid. But for the last several winters some gentleman, and I obviously use the term loosely, has dumped deer carcasses in a turnaround on the property created by the town highway department, and which had turned into a de facto garbage dump. The carcass he just dumps; the rancid fur and entrails he thoughtfully places in a heavy-duty contractor garbage bag, which he then deposits by the side of the road. My hunch is he dresses deer for a living and doesn't want to incur the cost of disposing of it properly.

Don't even get me started on the construction debris, oil drums, old tires, and ancient appliances that are dumped at the turnaround in the dead of night—from my point of view as eloquent an indictment of human nature as any.

There's also an element of risk taking to my garbage gathering. Since I'm something of a perfectionist I can't ignore any piece of trash I spot, no matter how remote and inaccessible. That's why passersby Friday afternoon might have found me wading into the culvert to retrieve, besides the rest of the contents of somebody's household trash, no fewer than 50 individual-size Reese's Peanut Butter Cup wrappers.

My hope is that the perpetrators saw me as they passed in their cars and were struck by overwhelming guilt. But I'm not that naïve. I know that if they gave me any thought at all—as they washed down their Big Macs with a Corona while scratching off their losing Lotto tickets—it was to wonder who the fool was chasing garbage down the stream.

— This email address is being protected from spambots. You need JavaScript enabled to view it.