Posted by rackfokus on Monday, 15 September 2014 in Air Quality 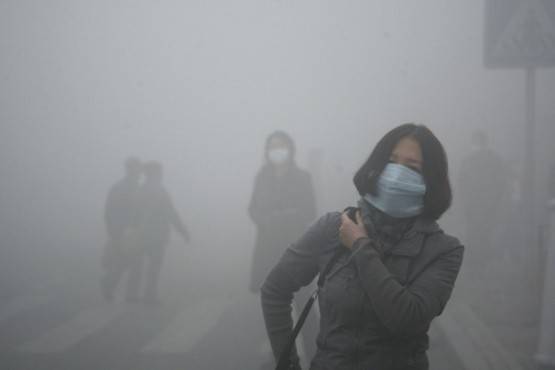 Though a burst of clear skies last Monday allowed Beijingers to marvel at a magnificent Mid-Autumn Festival moon, a blanket of smog choked the capital the next morning, reminding citizens of China’s grave air pollution woes. However, that same Tuesday, September 9th, the Legislative Affairs Office of China’s State Council released the first draft of the highly-anticipated revisions to the national Air Pollution Prevention and Control Law (hereinafter referred to as the Air Pollution Law), providing hope that blue skies won’t always be so fleeting.

The State Council’s Legislative Affairs Office, which generates and reviews drafts of national laws and regulations, will be accepting comments on revisions of the law between September 9th and October 8, 2014. Releasing the draft law for public comment at such an early stage of the process is a big step forward for governmental transparency and public participation. The Chinese government does not usually seek public comments on laws until they are submitted to the National People’s Congress (NPC), at which point it becomes more difficult for the public to influence legislation.

Amendments to the Air Pollution Law have been a long time in the making. China’s original 1987 Air Pollution Law was first revised in 1995 and further strengthened in 2000. But these earlier versions lacked specific details and mechanisms for enforcement.

Discussions to revise the law resumed in 2006. A draft of the Air Pollution Law amendments was submitted by the Ministry of Environmental Protection (MEP) to China’s State Council in January of 2010. NRDC, capitalizing on its deep expertise on the U.S. Clean Air Act, co-organized several workshops on the draft amendments, and assembled a team of experts to publish a 14-chapter document providing guidance based on the U.S. experience with air pollution legislation.

In April 2011, we prepared another report focusing in greater depth on the most recent climate policies and actions in the U.S., specifically those led by the U.S. EPA, federal energy policies and state and regional programs. The purpose of that report was to serve as a helpful reference to China as it began to consider establishing co-control and climate-friendly air pollution prevention strategies.

China’s Air Law amendment process was later postponed when the government opted to prioritize revisions to the Environmental Protection Law (EPL), which had not been amended since it was officially adopted in 1989. Amendments to the EPL were finalized in April of this year and will go into effect beginning January 1, 2015.