Posted by jonehopp on Monday, 15 September 2014 in Fishing 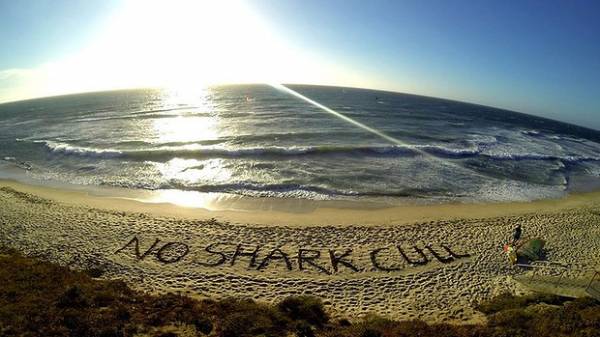 After a series of fatal attacks, WA's government proposed a new program in an effort to keep beachgoers safe that involved setting out baited drum lines, which consist of a large baited hook attached to a buoy and an anchor to hold it in place, in designated zones along popular beaches with the intention of killing great white sharks, bull sharks and tiger sharks who were larger than three meters.

The plan sparked outrage from conservation organizations, local communities. politicians, celebrities and marine scientists from around the world who criticized it for being nothing more than a pointless cull that would have a devastating impact on marine ecosystems, while doing nothing to really keep people safe. Concerned Care2 member Holly Jade decided to do something about it and started a petition demanding an end to the horrible practice. Thanks to Holly’s petition, over 38,000 Care2 members were able to express their frustration by signing her petition.

This past May, government figures that were released showing the death toll added fuel to the opposition. Between January and April, 172 sharks were caught, while 50 tiger sharks longer than 10 feet were killed. Figures also show that 14 sharks measuring less than 10 feet died on the drum line and four more were destroyed because they were too weak to survive the ordeal. Stingrays and mako sharks, who are a protected species, were killed as bycatch on drum lines. Yet not a single great white, who are believed to be responsible for the fatal attacks, was caught.

Thankfully, this week the EPA announced that it recommended against continuing the program, which was supposed to be extended for another three years, over concerns about how it could hurt the population of great whites, who are a protected species, and because of "a high degree of scientific uncertainty" after assessing the program as part of a Public Environmental Review.