It's time to save sharks 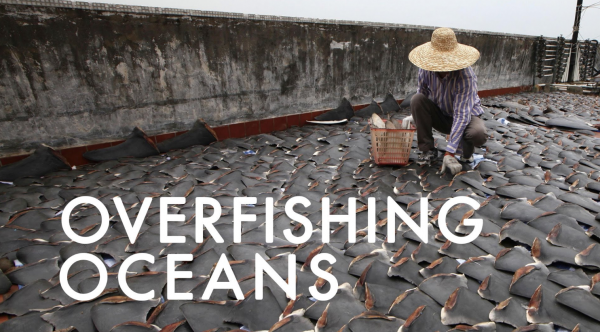 Taking steps to allow shark populations to return to healthy levels. Globally, sharks are facing extinction because of the demand for their fins to make shark fin soup, as well as other threats, such as becoming by-catch and being used in cosmetic products and health supplements. The expensive soup was out of the reach of all but the wealthiest Chinese families at one time but the emergence of the Chinese middle class increased orders for the specialty, which is strongly tied to celebrations such as weddings, of which 85 per cent serve them, according to a recent WWF-Malaysia Asian City Shark Fin Consumer Survey 2015. Consumers are mostly of Chinese ethnicity (76 per cent) living in Kuala Lumpur or Petaling Jaya (91 per cent). People savoured the treat twice on average in the last year, mainly in restaurants. They associate the delicacy with status as it signifies wealth and prosperity. Shark attacks arouse panic in many but what humans ought to be fearful of is the decimation of an essential species. A shark population decline will reduce seafood supply. As the top predator of the oceans, sharks maintain the balance of the marine ecosystem. Fit oceans require sharks; without them, healthy fisheries are impossible. Sharks produce relatively few pups and are slow to mature. That means their populations do not bounce back quickly. Malaysia is ranked as the world’s ninth largest producer of shark products and third largest importer in terms of volume, according to the State of the Global Market for Shark Products Report 2015 by the Food and Agriculture Organisation. The country consumed an annual average of 1,384 metric tonnes of shark fin and imported some 1,173 metric tonnes of shark fin from 2000 to 2011. However, no data is available on the number of sharks killed through finning in Malaysia. Fishermen remove the fins of sharks caught in Malaysian waters at the landing site, an indication of their worth. They take the sharks’ bodies and sell the meat at a lower price. Clearly, sharks need our help and this calls for protective legislation, as proposed by Sahabat Alam Malaysia, which has called for a ban. The worry is that few controls are in place to limit the harvest of sharks in the waters off Sabah and Sarawak. We need to raise awareness of the issue as this is the key to the survival of sharks. Fishermen, in particular, need to understand the value of shark conservation and marine ecosystem protection. For shark fin soup lovers — and Chinese Malaysians are not the only ones who enjoy the specialty — it is time to stop. Note that 57 per cent of respondents in the WWF-Malaysia Asian City Shark Fin Consumer Survey 2015 said they did not mind replacing shark fin soup with alternatives at weddings. This offers hope for the future.