Posted by jonehopp on Friday, 19 September 2014 in Transportation

A System to Cut City Traffic That Just Might Work 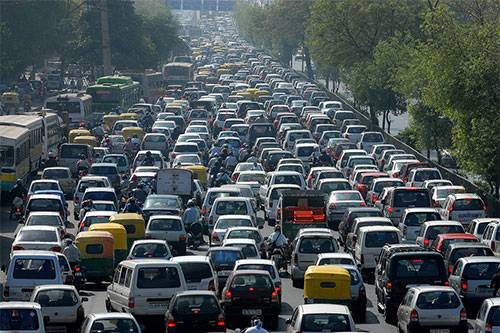 Traffic sucks. Congestion is bad for the environment, health (see: Beijing), and maybe most importantly, our sanity. One solution gaining in popularity amongst urban governments is the congestion charging scheme, in which drivers pay a toll to enter designated downtown areas. London, Stockholm, and Milan all have such systems in place, and New York came close to trying it out in 2007. Those efforts are all whippersnappers compared to Singapore’s program, which was introduced in 1975. Over the past few decades, the city-state has upgraded the system, which now uses radio transmitters to detect cars entering designated areas.

But two MIT researchers think they’ve got a better way of doing things. They’ve tested out a new method—and won an award doing it—that eliminates the need for the cameras and sensors in the streets that see where cars are going. That makes the system as a whole much more flexible and useful, since borders can be changed on the fly to reflect actual traffic conditions. As an added bonus, the system doesn’t just penalize drivers for entering certain zones, it helps them avoid them altogether.

The “RoadRunner” system, developed for Singapore by graduate student Jason Gao and his advisor Li-Shiuan Peh, issues a digital “token” to each car entering a congestion-prone area. Once a given number of tokens are assigned, a car can’t enter unless another vehicle leaves. Everyone else gets turn-by-turn directions to avoid the area. In computer simulations using data from Singapore’s Land Transit Authority, Gao and Peh saw an 8 percent increase in average car speed during periods of peak congestion. They also did a small scale test in Cambridge, Mass. to prove the technology works.