Posted by stringer on Tuesday, 07 October 2014 in Air Quality 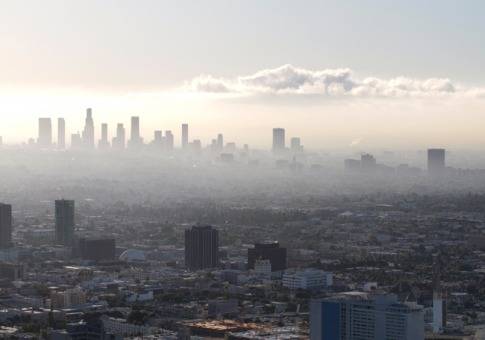 Southern Californians' cancer risk from air pollution has dropped 65% since 2005 but is still too high in many areas, regional air quality regulators said in a report released Thursday.

They attribute much of the improvement to tough state and local regulations, incentive programs and cleaner fuels that have slashed diesel emissions from trucks, ships and other vehicles on freeways and in freight corridors and ports.

The study by the South Coast Air Quality Management District measured levels of cancer-causing air pollutants to estimate the health risk they pose to 16.7 million people across a four-county region.

While the assessment shows remarkable progress, the region's risk remains unacceptably high and is among the worst in the nation, air quality officials said.

The analysis found that exposure to dozens of toxic air contaminants could result in 418 cancer cases per 1 million people over 70 years, or a lifetime. That is down from an average risk of 1,194 cases per million found in the air district's study of the region in 2005.

Health experts recommend a limit of 10 cancer cases per 1 million people over 70 years.