Posted by Jrramos on Monday, 06 October 2014 in Climate Change

5 Reasons Why Climate Change Is a Social Issue, Not Just an Environmental One 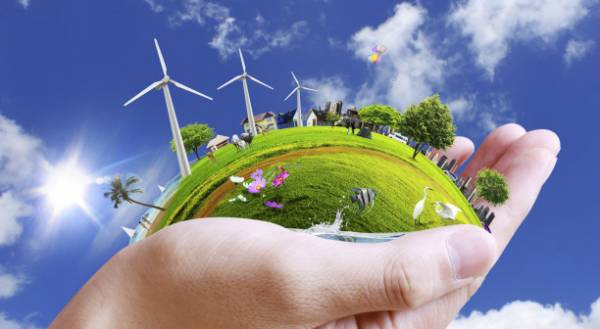 As illustrated by the 400,000 attendees at the People's Climate March in New York City and the solidarity events that took place around the word, the realities of climate change are no longer only being stressed by environmentalists. The effects of climate change will be economic, social, and environmental and will alter people's lives in a myriad of ways that we are just beginning to understand. Acceptance of this complex interaction, which follows the prescription laid out by the concept of sustainable development, is key to beginning to enact effective policy on climate. Since the recent New Climate Economy Report focused on climate change through an economic lens, it is time to facilitate discussion on the social effects. Here are 5 reasons why climate change needs to be considered a social issue as well:

1. Small farmers will feel the effects

Small farmers already struggle to get a fair price for their goods, safeguard against weather & pests, and compete with large-scale monoculture agricultural systems to stay in business. Climate change is poised to make matters worse for farmers through a shift in climate and agricultural zones, changes in production patterns due to higher temperatures, and more extreme and changing precipitation patterns all of which threaten crops. Such an upset has the potential to take away families' livelihoods and main source of income as well as hurt entire communities who depend on selling the fruit (and veggies) of their labor. Small farmers are an integral part of our societies and, consequently, the effects of climate change on farmers can threaten food supplies and security as well as increase volatility in global food prices.

2. Rural and urban poor are the hardest hit

1 billion people will still live in extreme poverty in 2015 and many depend on their surrounding natural resources for survival. Poverty and inequality, which we have been working to improve for decades, will only get worse with climate change because disadvantaged groups do not have the resources to cope with effects such as extreme flooding or droughts that may displace them or change their way of life. Poor neighborhoods in cities around the world are already known to suffer from more pollution, but they will also be disappointingly affected by increase in temperatures. Even in U.S. cities, research shows that poor neighborhoods are at higher risk for heat-related ailments, which will increase as temperature rises. Residents in poorer neighborhood are less likely to have air conditioning and only willing to use it when needed due to cost. There is also a tendency for there to be less trees and for buildings to be constructed from materials that retain heat.

Developing countries, who did not significantly contribute to the amount of greenhouse gases in the atmosphere, will now be at an even greater disadvantage when it comes to dealing with the effects of climate change. Developing countries already struggle with lack of infrastructure and less technological and financial resources, among a number of other concerns that will hinder their ability to adapt. Furthermore, these countries are dependent on the resources they do have to deal with high rates of poverty and income inequality, both of which, as we stated, will be exacerbated with climate change. For example, public funds that could have originally been used towards education will now have to go to sea walls, increased irrigation, or storm water systems to adapt. Although this reality is discussed as a part of the United Nations Framework Convention on Climate Change (UNFCCC), technological and financial assistance to developing countries isn't even close to sufficient.

4. Women, children, and the elderly will become even more vulnerable

Women, children, and the elderly who already tend to be a vulnerable group in society will become even more so from climate change . In rural areas of developing countries it is often the responsibility of women and children to collect firewood and water, yet decreasing supplies is resulting in more work and less time for other tasks as they now often have to go further distances to find supplies. Children and the elderly are also more susceptible to the heath concerns associated with climate change such as heat-related ailments from higher temperatures, malnourishment due to increased strain on food supplies/increased prices, and also disease that can be associated with increased flooding. In many countries where women do not have equal access to land, capital, and other resources as men (yet are often heads of households), women are already having difficulty in accessing climate resilient technology or crops, which are necessary for climate change adaptation. Furthermore, there are various psychological and physical impacts that have already been witnessed (in both men and women) due to increased pressure to provide for the family.

5. Communities will be forced to relocate

Many communities will be forced to move as they are exposed to rising sea levels, extreme drought that puts strain on resources, or even extreme rainfall that becomes the norm. Small island developing states (SIDS) are particularly vulnerable and are at the forefront of feeling the effects of climate change. At the beginning of 2014, Fiji's first village to relocate moved 1 km further inland as a part of the country's climate change program as seawater had already began to flood residents' homes in the village of Vunidogoloa. It is expected that 34 other villages could also be moved as Fiji grapples with eroding coastlines and increased flooding. The entire nation of Kiribati, a small island state in the Pacific, is expected to become uninhabitable due to sea level rise and the country has recently bought land in Fiji in order to relocate. This means entire ways of life that have existed for centuries will be relocated and changed forever.

Because the effects of climate change are not simply environmental but economic and social as well, new and existing policies must take a holistic approach and transcend disciplines, sectors, and the public-private divide. Addressing climate change is a tremendous concern unlike any our society has had yet to deal with and requires a unique approach that leaves behind the idea that humans are a separate entity outside of the environment.