Posted by plantitfilm on Friday, 24 October 2014 in General Environment 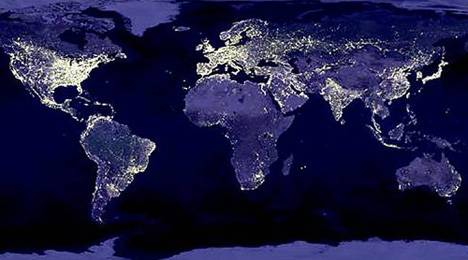 Studies show that exposure to light after dusk is quite literally unnatural, and may be detrimental to health. Do we need 24/7 garages, supermarkets and TV – or should the city that never sleeps be put to bed?

Astronomer Dr Jason Pun of the Hong Kong University department of physics has been studying light pollution for nearly a decade. He says people often ask him if he's crazy. "'Hong Kong is supposed to be bright,' they say. 'Why are you even talking about light being some kind of pollution?'"

This is a city that is famous for its nightscape: neon signs advertising market stalls, pawn shops and steakhouses; illuminated skyscrapers; swanky malls that stay open – and stay lit – well into the night. "When I walk at night around some of these commercial centres, it's so bright you almost want to wear your sunglasses," Pun says.

Indeed, in our collective imaginations, cities are meant to be bright. But as studies begin to show that too much light can be detrimental to health, and fewer of us are able to see the stars when we look up, are cities getting too bright for our own good?

Hong Kong isn't alone in celebrating light. Paris is still known as the City of Light; only slightly less glamorous Blackpool relies for tourism on its annual illuminations, when more than 1 million bulbs light a distance of 10km.

This celebration of artificial lighting is perhaps unsurprising, given how recently electric streetlights became the norm. It's easy to forget that being bathed in light is a relatively modern phenomenon. Although electric streetlights first began appearing in European capitals in the mid-1800s, widespread street lighting did not become common until well into the 20th century.

It soon became a clear view of the night sky that was uncommon. Hong Kong is now often touted as the most light polluted city in the world – a view supported by a recent study from Pun and his department, Hong Kong Night Sky Brightness Monitoring Network (NSN), which measured so-called "night sky brightness".

"We set up about 18 stations around the city, in all sorts of living environments – from the commercial urban centre, to more residential neighbourhoods, to relatively rural areas," he explains. Then they compared the levels of light to the standard provided by the International Astronomical Union, which states how bright the sky would be without artificial light. In the most-lit areas, it was 1,000 times brighter.

"Similar studies in major capitals like Berlin and Vienna," says Pun, "would find something more of the order of 100 to 200 times brighter."