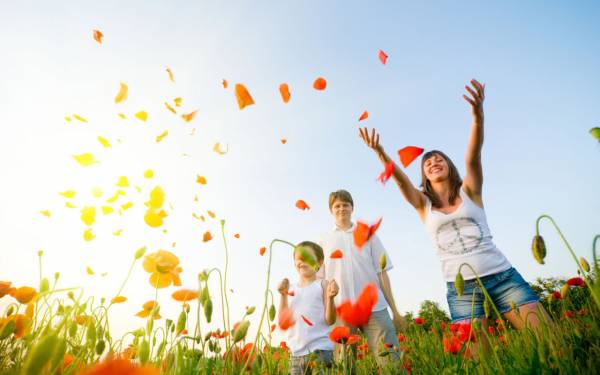 At a meeting that barely made world headlines late in November 2013, a group of some of the world’s most influential people sat down in New York and agreed on the need for a scaled-up effort by governments, cities, international agencies and the public at large to provide sustainable energy for all.

The people around the table included the United Nations Secretary-General, Ban Ki-moon, and World Bank Group President Jim Yong Kim. They were chairing a gathering of 42 representatives of business, finance, governments and civil society in a global public-private partnership gathered under the auspices of Ban’s Advisory Board for Sustainable Energy for All.

“We are now starting in countries in which demand for action is most urgent,” said the UN Secretary-General. “In some of these countries, only one in 10 people has access to electricity. It is time for that to change.”

The World Bank President said that financing is key, with US$600 billion to US$800 billion a year needed from now until 2030 to reach the goals for access to energy, energy efficiency, and renewable energy.

When the Advisory Board was launched two years ago, the world had slowly come to realise that in little over a generation from now, by the year 2030, two-thirds of the global population will be living in cities around the world.

This means, according to the Advisory Board experts, that cities and their mayors will have to help achieve three inter-linked goals by 2030: universal access to modern energy; the doubling of energy efficiency, and doubling the share of renewable energy, thus providing services such as lighting, clean cooking and mechanical power in developing countries, as well as improved energy efficiency, especially in the world’s highest-energy consuming countries.

“The global thermostat is rising, threatening development goals and economies small and large and it is clear that we need a transformation in how we produce, use and share energy,” said UN Secretary-General Ban Ki-moon.

The 21st century of data

In the year 2000, when world leaders gathered in New York to set the anti-poverty targets of the Millennium Development Goals (MDGs), energy wasn’t even on the agenda. The world was still in a 20th century mindset–the oil mindset.

“Today, data is the oil of the 21st century and infrastructure and data will change the way we live,” Ron Dembo, one of the world’s leading authorities on risk management, told Cities Today.

As we move from the 20th century, the oil century, into the 21st century, the data age, some of the solutions are surprisingly simple and effective.

“Sensors that can measure the impact of our actions and the things we use are becoming cheaper and more prevalent,” says Dembo. “For one thing, these ubiquitous sensors can be harnessed to rid us of the myriad of inefficiencies that we can no longer afford in a resource-constrained world. For example, we can reduce electrical consumption without losing the convenience we have become used to. We can use data and benchmarking to reward good behaviour and discourage bad behaviour.”

Dembo, a Canadian, is the Founder and CEO of Zerofootprint, a cleantech software and services company which makes environmental impact measurable, visible, and manageable for corporations, governments, institutions, and individuals. Zerofootprint’s solutions mitigate environmental risk and drive cost reductions through behavioural change, which he says is the key to sustainable, resilient cities.

Data can be used to spot and reduce the enormous amounts of waste in our system. To attain resilient, sustainable cities with engaged citizens, Dembo cites the optimisation of building resource use, improving the quality of the water we drink, reducing the fuel we need for transport, reducing the water we need for agriculture, reducing medical errors in our hospitals and improving the reach of health care.

“We can improve the air we breathe in our buildings and at home if we finally start measuring and benchmarking it,” he says.

Dembo is also the founder and former CEO of Algorithmics Incorporated, growing it from a start-up to the world’s largest enterprise risk-management software company, with offices in 15 countries, over 70 percent of the world’s top 100 banks as clients.

“Cell phones are ‘smart’ but I believe that the real value of cell phones is in how they have transformed lives and given users tools to improve their resilience through access to sustainable commerce in ways that were not possible before,” Dembo says.

Like airline reward systems, government, cities and corporations can reward positive behavior and “get millions of people to do lots of little things”, says Dembo.

In a world where on average for every unit of energy we use, we waste nine so even just thousands of people can make a difference according to another, similar minded corporation, Opower.

Alex Laskey, is president and co-founder of Opower which works with 90 utility partners and services more than 22 million consumers across eight countries. Founded in 2007, it is based in Arlington, Virginia, with offices in San Francisco, London, Singapore and Tokyo. Opower calls itself  “the world’s leading provider of customer engagement solutions for the utility industry”.

He says messages advising people to turn off the air conditioning and use a fan instead, about helping save the planet, or being a good citizen, simply do not work when it comes to saving energy. But show someone in their home a report on how much better their neighbours are doing, and they will immediately react.

“Nothing works better than social pressure as a peaceful force for good and huge energy savings,” says Laskey. “We deliver personalised home energy reports showing how yourconsumption compares to your neighbour. We started with paper, mobile apps, and the web. For the past five years we have been running the largest behavioural experiment in the world: ordinary home owners and renters have saved more than US$250 million on energy.”

Energy is the biggest contributor to climate change, accounting for 60 percent of global greenhouse gas emissions, according to UN climate statistics. Reducing what is called the ‘carbon intensity’ is a key objective of the climate goals. One in five people today still do not have electricity access, and 3 billion people rely on wood, coal, or charcoal for cooking and heating.

Cities which develop over time do so in tandem with improvements in their power sector. No city in modern times has substantially reduced poverty without a massive investment and better management in its use of energy.

Indeed, the number of Zerofootprint and Opower smart meters has rocketed in the developing world. But in poorer countries and cities, more needs to be done. This is especially the case in Asia where the Asian Development Bank estimates that Asia will account for over half the world’s energy consumption in the next 20 years. It says that Asia’s hunger for energy will grow by 2.1 percent a year through 2035, exceeding the global average rate of 1.5 percent and far outpacing the 0.5 percent annual demand expected in the developed world.

Yet in line with the modern data age, African cities are making gains. Notable examples include: electrification of slums using pre-paid systems; improved fuel stoves, solar appliances, micro-hydro technologies, small wind generators, or bio-fuel. The widespread dissemination and application of these systems and options could yield significant benefits for Africa.

Mayors need to help governments put in place policies that promote positive behaviour change to help finance modern energy services. A recent survey in Kenya, indicates that there is a potential to save up to US$33 million worth of energy annually by applying energy saving and management measures. A just-ended three-year project of UNEP (UN Environment Programme’s) Global Environment Facility and the Kenya Association of Manufacturers managed to save 30,000 tonnes of oil worth US$8 million.

The solution to climate change lies on the greater use of renewable energy sources and the adoption of energy efficient systems in our towns and cities.

In the words of the former mayor of Bogota, Colombia, Enrique Peñalosa: “In 200 years’ time, people will look back on our cities of today as dangerous places, as London is sometimes conceived. They will look back on this period as a time, for example, when tens of thousands of children were killed by cars, and shudder with fear. We need parks and cycle ways to minimise car use and save energy. Cities should be places where the public good prevails over private interests.”