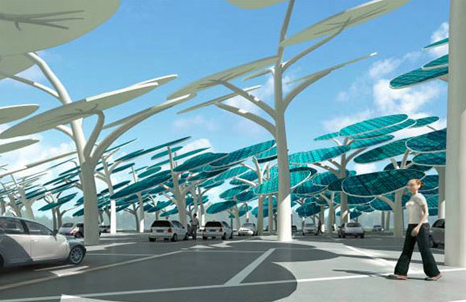 Green energy co-operatives are enjoying a renaissance in the Ontario power market.

In several cities and towns in southern and southwestern Ontario you'll see large buildings or fields with solar-panel arrays, with some wind farms dotting the landscape.

Often those projects are the creations of co-ops. The fruits of their investments have increasing visibility in roof mount or field solar panel arrays in Toronto and its suburbs, and more recently in Guelph, Brant and Oxford.

Renewable energy co-ops have been around for years. One of the oldest is TREC Renewable Energy Co-op, which was founded in 1998 as a non-profit community power co-operative.

It founded the WindShare Co-op and Ex-Place Wind Turbine Co-op, which began generating wind power in 2003.

But the movement burgeoned with the Ontario government's Green Energy Act and its feed-in-tariff (FIT) program with the Ontario Power Authority, which has encouraged investment in renewable energy wind and solar projects across the province.

Many co-ops that have sprung up partially owe their existence and promise of success to the FIT program's regulations for qualification that encourage local community investment supported by a municipal council or First Nation.

That program breathed life into the desire by small investors to embrace green values.

To get off the ground, each co-op sells equity units, -- "neighbourhood shares" and "green bonds" -- which yield dividends off the revenue stream of projects that have connected to the Ontario power grid.

Their websites and marketing literature exude an almost religious zeal about joining the green energy movement.

One of the first co-ops in the Toronto area was SolarShare. Since its formation in 2011, it has raised nearly $6 million from about 700 members who realize a stake in the co-op's portfolio of 24 rooftop and small ground-mount solar projects.

Members buy green bonds which guarantee a 5% return on the condition that they hold on to them for five years.

SolarShare's 25th project was a 600 kilowatt rooftop array on a large commercial building in Brampton. It opened in September with much coverage in the national press.

In 2013, co-ops formed in Brant and Oxford. The Oxford Community Energy Co-operative Inc. began as a partnership project between Prowind Canada, Ontario Sustainability Services and IPC Energy in August 2013.

In September 2013, the co-op incorporated as a "For-Profit Co-operative with Share Capital" with the Financial Services Commission of Ontario (FSCO) under the name Oxford Community Energy Co-op Inc. and established its head office in Woodstock.

Its biggest project is the Gunn's Hill Wind Farm. Its objective is to raise up to 49% of the required $9-million equity. So far it has garnered nearly $5 million.

In Brant, the SBC Energy Co-op Inc. (Sustainable Brant Community Energy Co-operative) got off the ground this year.

With 80 members so far, it is raising $313,000 for its first project in partnership with the County of Brant, roof mount solar panel arrays on both the Brant Sports Complex outside Paris and the South Dumfries Community Centre in St. George.

"They provide opportunities for local people and businesses to participate in ethical and sustainable investments in their communities. And they have an immediate,

All that growing investment is creating spinoffs in Brant. As an example, while Brant County and the co-op are in partnership over those projects, the municipally-owned Brant Municipal Enterprises is undertaking the installations, keeping more money circulating in the community.

The Ontario Power Authority says on its website that "community participation" entities, most of which are co-ops, accounted for 14% of the 951 participation FIT projects in the second intake. That's behind 23% aboriginal and 43% education and health.

Co-op participation has grown to 16.2% of the 499 projects in the third FIT intake - behind aboriginal at 51.4% and municipal or public sector at 32%.

Since the small FIT program is still only a few years old, it will take a while for the full potential of all those investments to be realized. Many projects still have years to go before original costs are paid off, leaving the full dividends to pour in.

It's too soon to tell whether all that community investment will turn into community wealth. But in the early going, the fervour of the co-op experience is inspirational.