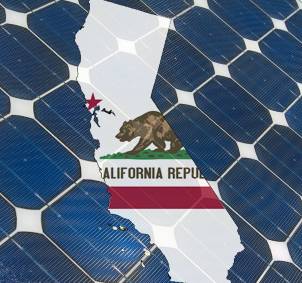 California is a solar power leader in the U.S., as a recent report by the Solar Energy Industries Association (SEIA) found. The state is about to become the first in the country to have 10 gigawatts of installed solar capacity, enough to power almost 2.5 million homes. Last year, California added 4,316 megawatts of solar power capacity, which brought its total to 9,997 MW.

There is an old political saying, “As California goes, so goes the nation.” And California’s leadership in renewable energy and environmental protection proves that the state is certainly no light-weight. Or as Rhone Resch, president and CEO of the SEIA, said in a statement, “When it comes to creating clean energy jobs and protecting the environment, California is leading by example.”

California’s progress has not happened in a vacuum. “To put the state’s remarkable progress in some context, today California has 10 times more installed solar capacity than the entire nation had in 2007,” Resch said.

California has an ambitious renewable portfolio standard (RPS). Gov. Jerry Brown signed a bill in 2011 that requires utilities to obtain 33 percent of their power from renewables. During his inaugural address in January, Gov. Brown called for the RPS to increase to 50 percent by 2030. He pointed out that the state is “on track” to meet its 2020 goal of a 33 percent RPS.

California is a huge, sweeping state, so it is only fitting that last year some really big solar power projects were completed. Desert Sunlight is one of those projects. The solar photovoltaic (PV) project has the capacity to generate 550 MW, enough energy to power over 160,000 homes. Here are some other big projects:

While the state has an RPS to increase the use of renewables by utilities, more and more California residents are installing solar PV panels on their roofs. The report predicts that the increase in residential installations is expected to continue. That backs up what a new report by the California Energy Commission, which found that over a quarter of all new homes being built in Southern California have solar power systems installed.