Posted by amir on Thursday, 08 January 2015 in Air Quality

Air Pollution and the Health of London's Children 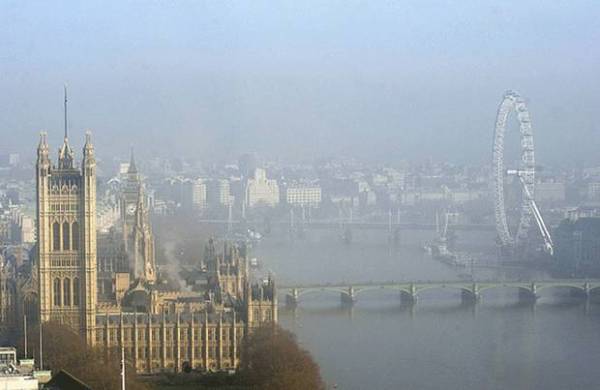 In the 14 years I have been representing Londoners at City Hall, the problem of air pollution has rarely been off the top of the political agenda. Of all the environmental challenges the capital currently faces, air pollution is by far the most deadly.

In the year 2000, when city government was restored, we knew that exposure to air pollution was associated with serious health conditions like asthma.

The impact of traffic-related pollution on children’s health is truly alarming and has been known about for some time. Research led by King’s College London has shown that vehicle pollution stunts lung growth in children.

Now new research is showing that exposure from even the half-hour daily walk to and from school is detrimental. This is the subject of an on-going study on the impact of traffic-related pollution on respiratory function in children living in east London.

Research lead Jonathan Grigg, professor of paediatric respiratory and environmental medicine at Queen Mary, has complained that “there is a tremendous [political] inertia which frustrates me enormously; by the time anything happens their lungs will have been damaged and they will not have obtained their maximum growth potential. In 10 years they will have suffered all the effects we now see coming through increased vulnerability to a range of respiratory disorders in childhood and goodness knows what that leads to in terms of vulnerability to disease in later life.”

This should be a clarion call to those in power. The failure so far to come up with a suitable, co-ordinated response to all the evidence is frankly lamentable. We can no longer afford for this to fall on deaf ears.

Yet this government is moving backwards. Shockingly, shortly before Christmas, Defra announced proposals that would result in the scrapping of thousands of air pollution monitoring sites that are crucial in aiding our understanding about the true extent of air pollution. This is being proposed even in the face of a further ruling from the EU, which could see the UK supreme court forcing the government to meet air pollution limits earlier than planned.

In November 2014, following two previous reports that were ignored, parliament’s environmental audit committee published its third report on air quality in five years. Quite rightly this focuses on the practical measures that the government must take to protect the most vulnerable. This includes banning the building of new schools near air pollution hotspots.

I agree that we need sensible planning policies, but what about the 1,148 London schools that already exist within 150m of roads carrying 10,000 vehicles a day? As deputy mayor in the first mayoral administration, I championed the Safe Routes to Schools programme, which worked with parents, teachers and pupils to identify the safest paths and streets to walk down and any measures needed to improve them.

However, Prof Grigg’s research gives new meaning to “safe” routes to school. Routes must now be reconfigured to avoid the most congested and therefore polluted main roads, accompanied of course by initiatives to reduce pollution in the first place.

Until all vehicles run on clean fuel and streets are more pedestrian friendly, we urgently need a transitional strategy, including lower speed limits, measures to reduce congestion and idling and an ultra low emission zone for the whole of London.

Unfortunately, this mayor has fallen asleep at the wheel. The promise to make London the electric car capital of Europe never came to fruition. The progress made on retro-fitting London’s polluting bus fleet has been painfully slow. Mayor Livingstone introduced a radical London-wide low emission zone in 2008, but the implementation phases have been delayed or completely abandoned by mayor Johnson. He now points to his ‘ultra’ low emission zone, but this won’t start until 2020 and will still allow the most polluting vehicles to enter for payment of a small fee and exempts some of the worst polluters like buses.

Ironically, many of the mayor’s prized “Boris buses” will not meet his own emission standards and will be given special permission to enter toll free and pollute as usual. The zone itself will only cover the inner ring road congestion charge area and leave Londoners outside of the zone exposed to dangerous levels of emissions for decades to come. The mayor always said tackling air pollution is a team effort, yet he has flatly refused the requests from councils in London lobbying to be part of the new zone. There is a real move for radical reform and it is only Boris Johnson’s intransigence which is holding change back.

Until we have political leadership that takes this issue seriously we must face the reality that London’s children will continue to be exposed to levels of pollution that will scar their health for the rest of their lives.