Posted by GreenDog on Sunday, 08 February 2015 in Climate Change

Everything You Need to Know about the U.S.–China Climate Change Agreement 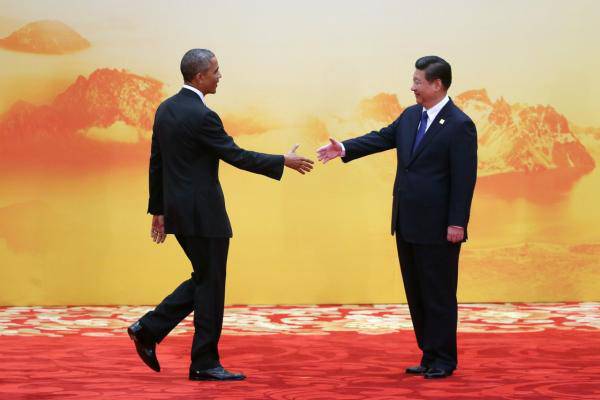 The presidents of the world's two most polluting nations agree: something should be done about climate change. And they're just the leaders to do it, per the terms of what President Barack Obama called a "historic agreement" announced November 12 between the U.S. and China. Although neither country has plans to stop burning coal or oil in the near future, both countries now have commitments to reduce the greenhouse gases that result.

"As the world's two largest economies, energy consumers and emitters of greenhouse gases, we have a special responsibility to lead the global effort against climate change," said Obama in a joint press conference with President Xi Jinping, wrapping up a visit to Beijing that included the joint effort on climate change.

The U.S. will double the speed of its current pollution reduction trajectory, which has seen carbon dioxide emissions fall roughly 10 percent below 2005 levels to date. The country will now aim to reduce greenhouse gas emissions 26 to 28 percent below 2005 levels by 2025. That's in addition to the 17 percent reduction below 2005 levels due by 2020 and shows the kind of five-year planning the U.S. would like to see adopted in international plans to combat climate change. In other words, ever-increasing ambition in reduction targets delivered every five years. "This is an ambitious goal, but it is an achievable goal," Obama said. "It puts us on a path to achieving the deep emissions reductions by advanced economies that the scientific community says is necessary to prevent the most catastrophic effects of climate change."

Although Chinese leaders are quite fond of five-year plans, their new climate version would not begin until "around 2030," under the terms of the new agreement. That is when the country's CO2 pollution will peak, advancing the Chinese war on pollution onto the invisible front. The nation will also "strive" to reach that peak even sooner. Just as Vice Premier Zhang Gaoli pledged at the United Nations in September "to peak total CO2 pollution as soon as possible," now Xi has followed through in November with the first agreed-on date to cap its global warming pollution by 2030.

The problem is coal, which currently provides more than 70 percent of the energy the fast-developing nation uses. Hundreds of new coal-burning power plants account for how China surpassed the U.S. in the past decade as the world's largest emitter of greenhouse gases. But already several Chinese cities and provinces are experimenting with the kind of capitalist solutions favored by U.S. free marketeers—cap-and-trade programs that in some cases even extend to cover public transportation and buildings themselves. These programs are pilots and may be scaled up for a national program expected in coming years or scrapped in favor of some new national plan or carbon tax. "China has plans for a national market and one that is the most ambitious in the world," says Barbara Finamore, Asia director at the environmental group Natural Resources Defense Council and longtime Beijing resident. "It would dwarf any other carbon market in the world."

More importantly perhaps, the Chinese central government has begun to talk about a cap on coal-burning itself. Statistics show that this year coal use in China slowed for the first time this century, dropping by around 1 percent, according to Greenpeace International. The hopeful sign suggests that peak coal use could come within the next decade or so, although this dip could also be a result of slowing economic growth rather than proactive efforts to slow climate change. But peak coal use is exactly what the Chinese have agreed to ensure now, along with cuts in CO2 intensity by 2020. Already China's National Development and Reform Commission has laid out a plan to cope with climate change through the end of the decade.