Posted by Vitalolhar on Wednesday, 22 April 2015 in Environmental Heroes 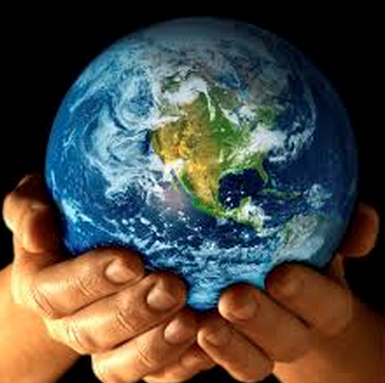 Earth Day, on April 22, is an important opportunity to highlight solutions to some of the world’s most pressing environmental and social challenges. In celebratio, we're highlighting organizations and individuals producing creative and innovative solutions in the food world.

April 22nd is the 45th anniversary of Earth Day—an important opportunity to highlight solutions to some of the world’s most pressing environmental and social challenges.

On a planet in which hunger and food waste coexist, where crops feed biofuels or animals despite water and food shortages, and where obesity in one country contrasts starvation in another, solutions and innovations to help ensure a vibrant, healthy future are more important than ever.

There are countless organizations and individuals who inspire us at Food Tank by producing creative and innovative solutions to challenges both people and the planet face including soil degradation, loss of biodiversity, climate change, poverty, industrial agriculture practices, land ownership, and food security.

Jamila Abass—Abass is co-founder of M-Farm, a technology tool for smallholder farmers to receive information on the retail price of their products in Kenya. Farmers use SMS to buy farm inputs from manufacturers and connect to markets. The tool is innovating the way farmers access information and bring products to the marketplace.

Will Allen—Former professional basketball player, Allen, grew up on a small farm in Maryland where developed roots in farming. After returning to the United States from Belgium, Allen founded Growing Power Inc., a nonprofit organization for urban agriculture and community building. He is an innovator in methods of composting, vermicomposting, and aquaponics. Using these practices he has increased yields in urban growing spaces.

Bruno Follador—Follador is a geographer, biodynamic researcher, and specialist in biodynamic composting and chromatography. A native of San Paolo, Brazil, her first encountered biodynamics at the age of 18. According to Follador, educating and helping eaters to become conscious of their responsibility in a biodynamic system is one of the best ways to heal the food system. His work focuses on life processes and actively improving the health of farms.

Eric Holt-Giménez—An author, lecturer, agroecologist, and food system researcher, Holt-Giménez has been a vocal advocate for campesinos (peasant farmworkers) and a champion of el Movimiento Campesino a Campesino (the Farmer to Farmer Movement). The movement has now spread across Latin America with hundreds of thousands of practicing farmers in over a dozen countries.

John Georges—Georges is an entrepreneur and inventor from Arcadia, Florida. He has taken the challenges growers and farmers face in agricultural irrigation and invented a sustainable and cost effective solution. His product Tree T Pee stimulates root growth, protects trees from frost and reduces fuel, herbicide and fertilizer use, while conserving water in a major way.

Ernst Gotsch—Gotsch developed complex crop systems in the 1970s by experimenting with multi-species consortia, such as planting corn with beans or apples with cherries in Germany and Switzerland. His methods restore degraded soils, produce high yields, and eliminate the use of pesticides. “We should combine the present with the future. It must be economically viable for the present and for the future,” said Gotsch. Currently, Gotsch is developing agroecological practices in Brazil at Fazenda da Toca.

Stephanie Hanson—Hanson has been the Director of Policy and Outreach at One Acre Fund since 2009, which provides smallholder farmers in Africa with support, inputs, and training, with the goal of doubling agricultural production on each acre of smallholder farmland.

Selina Juul—Danish food waste expert, Juul, founded The Stop Wasting Food (SWF) movement in 2008 and it is now the largest consumer organization fighting against food waste in Denmark. With more than 18,000 publications and thousands of supporters, Juul is inspiring business like Rema 1000 to reduce the price of food items past sell-by dates instead of throwing them out. An analysis by TNS Gallup for Agriculture showed that in 2013 half of Danes have reduced their food waste.

Federica Marra—Winner of the 2012 Barilla Center for Food & Nutrition Young Earth Solutions competition in Italy, Marra created Manna From Our Roofs, an innovative organization that engages young people across the world in food cultivation, preservation, and education.

Pashon Murray—Murray is creating a more sustainable, less wasteful world in Detroit, MI. She is the owner and co-founder of Detroit Dirt, a business that takes food scraps from restaurants, cafeteria, and the Detroit Zoo and turns it into nutrient-rich compost. She is also working with the Idea Lab at the Massachusetts Institute of Technology (MIT) to optimize soil by creating blends for specific growing purposes.

Gary Paul Nabhan—Advocate, writer, and conservationist Nabhan has been honored as a pioneer and creative force in the food movement by The New York Times, TIME magazine, and more. He works with students, academics, and nonprofit to build a climate resilient food shed that covers the United States-Mexico border. Nabhan was one of the first researchers to promote using native foods to prevent diabetes and his accomplishments were featured in Food Tank’s recent short documentary, “A Man in the Maze.”

Nora Pouillon—Pouillon is a pioneer and champion of organic, environmentally conscious cuisine. She opened Restaurant Nora in 1979 and worked with farmers to supply the restaurant with seasonal organic produce. In 1999, Restaurant Nora became the first certified organic restaurant in the United States, a feat accomplished by few since.

Florence Reed—Inspired after serving as a Peace Corps Volunteer in Panama, Reed founded Sustainable Harvest International (SHI) which combats the tropical deforestation crisis in Central America. SHI provides poor farmers with sustainable alternatives to agriculture that do not degrade the environment.

Sara Scherr—Scherr is the Founder and President of EcoAgriculture Partners, a nonprofit that works with agricultural communities around the world to develop ecoagriculture landscapes that enhance rural livelihoods, have sustainable and productive agricultural systems, and conserve or enhance biodiversity and ecosystem services.

Coach Mark Smallwood—Smallwood is executive director of Rodale Institute, based in Pennsylvania, which has pioneered the organic movement through its research, education and outreach since 1947. Their Farming Systems Trial is the longest running side by side comparison of organic and chemical farming approaches. Through Rodale, Smallwood, demonstrated that yields are the same in the long term, with organic yielding 30 percent higher than chemical in years of drought.

Amber Stott—Stott is on a mission to inspire kids to eat their vegetables in California. After realizing the critical need for knowledge of real food, she founded the Food Literacy Center, a community food education center focused on creating change for a healthier, more sustainable future. After three month of food literacy education, 92 percent of child participants said healthy food tastes good.

Martha Mwasu Waziri—Winner of Oxfam International’s 2012 Female Food Hero contest in Tanzania, Waziri, from the Dodoma Region, reclaimed 18 acres of land that had been eroded by a river using environmentally safe practices. It is now used as productive farmland.

Kanthi Wijekoon—A hero to other women, Wijekoon was arrested while she was trying to escape Sri Lanka to find a better life for her family. The Rural Women’s Front helped her get out of jail and she went on to lead programs reaching more than 600 women a year, increasing daily wages for women rice farmers.