Posted by Wolf on Wednesday, 22 April 2015 in General Environment

Show and Tell: How Will You Celebrate Earth Day? 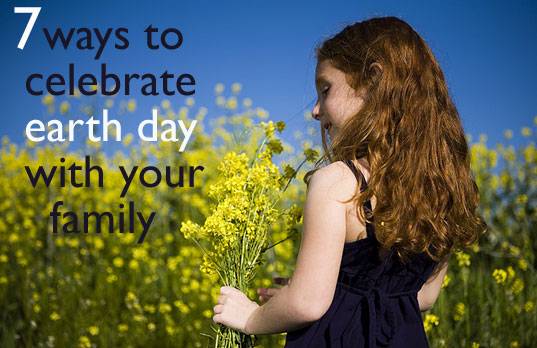 This Wednesday people worldwide will celebrate the 45th annual Earth Day. The party started early this past Saturday, when more than 200,000 revelers showed up for an Earth Day concert on the National Mall in Washington, D.C. The event was solar powered but, unfortunately, there were not enough garbage bins, so people who attended reported heaps of trash throughout the Mall. The lesson: good intentions score big, good actions score bigger.

So here’s your chance to show the world what you are doing. The Earth Day Network says that more than one billion people will commemorate the day. That may be optimistic, and yet Scientific American has received dozens of e-mails announcing special events all over the place. The Network, for example, is co-hosting a global e-discussion on Wednesday at 11:00 A.M. Eastern Time. Pres. Barack Obama will give a speech from the Everglades in Florida. The California Institute of Technology is releasing video about cleaner ways to produce chemicals. Trees for the Future will be, well, planting trees; of course, you can donate one via that organization, or plant one yourself (photo opp!). And remember that oceans, lakes and rivers are vital parts of Earth, too.

You, our readers, are among the most educated and activated citizens of our planet, so let’s show the world how to celebrate it. Send us photos and videos. Anything goes—from attending Earth Day parties to recycling those old denim jeans or going to special events at schools, towns or even larger venues. You could join the Earth Day Every Day challenge to reduce your carbon footprint; electronically sign Canada’s Earth Day 2015 flag; or perhaps just take a walk with a young person so he or she will appreciate the environment.