Posted by lavadapicha on Wednesday, 22 April 2015 in General Environment 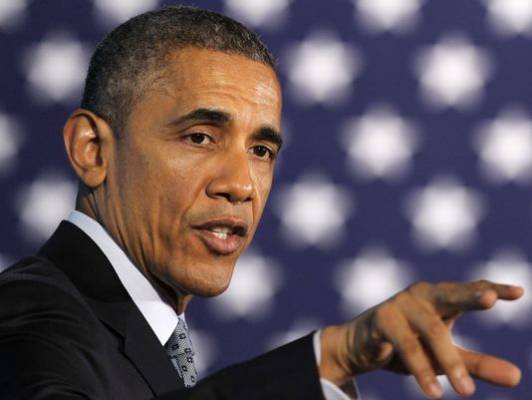 President Obama marks Earth Day on Wednesday by traveling to the Florida Everglades to promote his climate change agenda.

Obama is looking to "add some momentum and energy to the ongoing political debate about climate change," said White House spokesman Josh Earnest.

With Congress controlled by Republicans who oppose much of his environmental agenda, Obama is also expected to discuss the executive actions he has taken, including efforts to restrict carbon pollution and to promote wind and solar power.

The speech highlights a week of actions devoted to climate change, built around the celebration of Earth Day.

On Tuesday, the administration released its first Quadrennial Energy Review, a report that recommended replacement of old natural gas pipelines, improvements to the Strategic Petroleum Reserve, and assistance to states to improve local electrical grids.

The administration also released a "flood risk mapping tool" to help communities assess their exposure to potential flooding, and four new "landscape partnerships" to assist local areas as they cope with the threats of climate change. The government will form those partnerships in Southwest Florida, Hawaii, Washington and the Great Lakes region, the White House said in a statement.

During last weekend's radio address, Obama said the rise in global temperatures is "an issue that's bigger and longer-lasting than my presidency. It's about protecting our God-given natural wonders, and the good jobs that rely on them."

Many environmental groups back Obama, though some have criticized the administration for inconsistency, particularly over its support for the oil extraction method known as fracking.

Wenonah Hauter, executive director of Food & Water Watch, said that "using the Everglades to highlight the threat of climate change, while at the same time encouraging the climate-damaging practice of fracking in that very region, represents an alarming disconnect."