Posted by miguel on Wednesday, 22 April 2015 in General Environment

Happy Earth Day! 5 Ways to Get Kids to Help the Planet 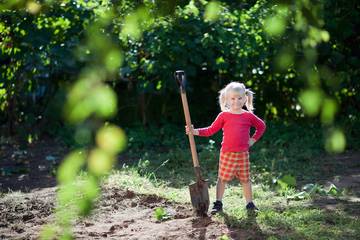 Earth is a constant marvel, especially for children who enjoy learning about its wonders.

As people celebrate Earth Day today (April 22), some may choose to mark the occasion by going hiking in the woods to soak in nature, while others may take the opportunity to research ways to reduce their carbon footprint.

From conserving natural resources to fighting food waste, here are five ways to get kids involved in Earth Day.

Kids can take a proactive step by creating or joining a "green team" at their school. Once they have a parent or teacher adviser, the kids can take steps to create or promote the school's recycling program.

If your city or county offers composting services, students can encourage school administrators to approve a lunchtime composting program. That way, food waste won't end up in a landfill but instead will be turned into a reusable pile of organic-matter compost.

The Natural Resources Defense Council (NRDC), an environmental nonprofit advocacy group headquartered in New York, has other tips for green teams, such as encouraging school districts to switch to cleaner, nondiesel buses. Districts can also invest in solar or geothermal heating, which can save money in the long run.

Growing nutritious plants — such as potatoes, wheat and rice — requires fewer resources than raising animals does, according to the study, published in July 2014 in the journal Proceedings of the National Academy of Sciences.

Eating foods such as fruits, vegetables and grains can help the environment, reduce the risk of heart disease and colorectal cancer, and keep money in your bank account, according to the NRDC.

Americans toss out about 40 percent of edible food and, along with it, all the water, energy and chemicals it took to produce and transport it, the NRDC reports. Much of that waste is created when people throw away uneaten food. In fact, each American throws out an average of 20 lbs. (9 kilograms) of food each month, according to the NRDC.

You can teach kids to prevent food waste by saving or freezing leftovers and getting inventive with recipes. People can also curb waste by being smarter shoppers — for instance, avoid impulse purchases at the grocery store that may lead you to buy more food than you need, especially if the items are perishable, according to the NRDC.

People often keep numerous electronic cords plugged in during the day, but these cords can sap energy, even if the devices are not in use. Fight these energy vampires by unplugging cords when your devices are not being used or by putting an appliance, such as a video game console or computer, in an energy-saving mode.

Kids can jump into action by checking whether these electronics are switched to the best energy-saving settings. For instance, kids can adjust TV settings by turning on "Auto Brightness Control," a feature that adjusts the screen's brightness to ambient light levels, instead of keeping the screen at its brightest setting.

And if your kids have an Xbox One console, you can teach them how to turn off the "Instant On" setting, a feature that waits for someone to say "Xbox on" when the device is in standby mode. Once enabled, it continuously uses 12.5 watts of electricity. Turning off this feature can cut the Xbox's annual energy use by more than one-third, the NRDC reported.

Challenge kids to save water every day. They can take shorter showers and use the dishwasher in lieu of washing dishes by hand. They can also alert adults if they find any leaks or wasteful water sprinklers that are watering concrete instead of plants.

Adults can team up with kids and buy water-saving appliances, such as showerheads or efficient clothing washers, dishwashers and rain barrels. Or, to save money and spend time with nature, plant a native garden in the yard. Native plants typically can survive on regional rainfall. They also benefit local wildlife, and may make a naturalist out of any child.