Posted by LaurieD on Thursday, 23 April 2015 in Arts and Entertainment 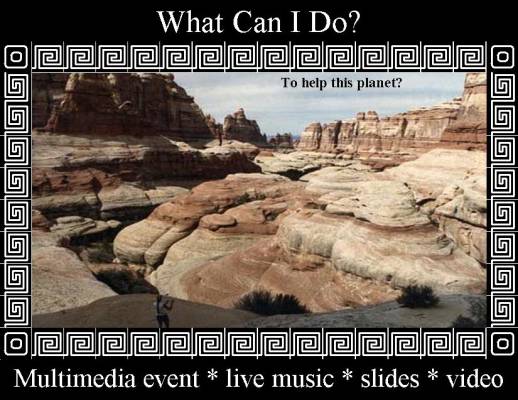 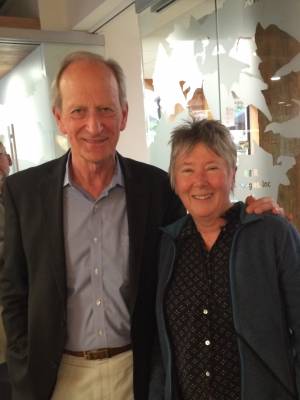 Photo of me with Denis Hayes April 2015

How old were you when the first Earth Day occurred? I was 10…and I’m embarrassed to say I don’t remember it! But I do remember growing up in Berea, Ohio, south of Cleveland. And I definitely remember the Cuyahoga River, near by, catching on fire (13 times) because it was so polluted. You can see pictures of this in my “What Can I Do?” presentation. I recall doing art projects in elementary school on the fires!

Between that first historical Earth Day event and Time Magazine’s big write up in 1969 on the Cuyahoga River fires, they spurred not only the grassroots environmental movement but soon to follow were the Clean Air Act, Clean Water Act, Endangered Species Act and the Environmental Protection Agency!  And keep in mind this was under the Nixon administration so “Tricky Dick” did some great things!

The first official Earth Day Celebration was April 22, 1970. It attracted over 20 million folks to celebrate our beautiful planet Earth. One million of those gathered in Central Park in New York City organized by activist Denis Hayes. But it was first talked about by peace activist John McConnell in 1969 at a conference for United Nations Educational, Scientific and Cultural Organization. He wanted a big event to happen on March 21, 1970 on the spring equinox. However a United States Senator from Wisconsin, Gaylord Nelson, founded the first Earth Day for April 22, 1970.  But Hayes continued to organize events for many years and founded the Earth Day Network.

He also headed the Solar Energy Research Institute which evolved into the National Renewable Energy Laboratory of today. Interestingly this was during the Carter Administration and then funds were cut during the Reagan Administration.

Earth Day is now the largest secular holiday in the world observed in 192 countries with over a billion people celebrating (that’s about 1/7 of the earth’s population) with events coordinated by the Earth Day Network. I just added my “What Can I Do?” events to their online calendar!

foot note: I met Denis Hayes at the Alliance for Sustainable Colorado (where I recently presented "What Can I Do?" Spaceship Earth at their "Lunch and Learn") just this past Monday. He gave a most interesting lecture and engaging visual presentation on his newest book Cowed.

You can subscribe to my Monthly music newsletter and Green News by writing to me at: