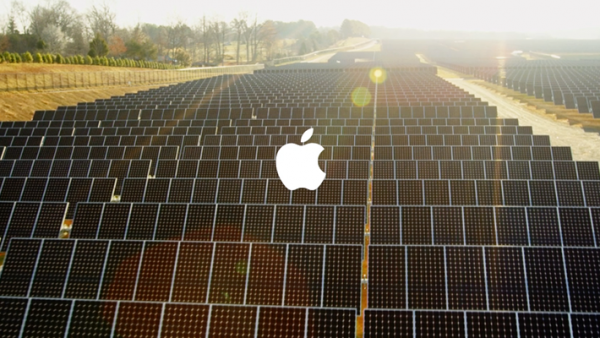 Apple Inc (AAPL.O) will buy about $850 million of power from a new California solar farm to cut its energy bill, the iPhone maker said on Tuesday as its stock market value closed above $700 billion for the first time.

The First Solar Inc (FSLR.O) plant, with the capacity to power the equivalent of 60,000 homes, will be used to supply electricity for Apple's new campus in Silicon Valley, and its other offices and 52 stores in the state, Chief Executive Tim Cook said at a Goldman Sachs technology conference in San Francisco.

Cook addressed investors as Apple's stock market value closed at $710.74 billion for the first time, buoyed by record sales of big-screen iPhones and a December-quarter profit that was the largest in corporate history.

The plant in Monterey County, California will also power an Apple data center in Newark, California that already relies on solar power.

"We expect to have a very significant savings because we have a fixed price for the renewable energy, and there's quite a difference between that price and the price of brown energy," Cook said.

"We know in Apple that climate change is real. The time for talk is passed," he added. "The time for action is now."

First Solar, based in Tempe, Arizona, manufactures solar panels and builds solar power plants, many of which it sells to power producers.

Construction of the 2,900-acre California Flats Solar Project is expected to start in mid-2015 and finish by the end of next year, First Solar said in a statement.

Apple will receive electricity from 130 megawatts of capacity under a 25-year purchase agreement, the largest in the industry to provide clean energy to a commercial end user, First Solar said. Output of the project's remaining 150 megawatts will go to Pacific Gas and Electric Co (PCG_pa.A).

Apple will not receive an equity stake in the project and will make the payments over the lifetime of the deal rather than all at once, First Solar spokesman Steve Krum said.

"The reason that they made this choice is because they saw a way to save economically," Krum said. "You won't have price volatility from other fuel sources. The fuel is free. It's competitively priced from other options they would have."

The project could not have gone forward without Apple’s participation, Krum said.

Apple already uses renewable energy to power its data centers. Last week, it said it would invest $2 billion over 10 years to convert a failed sapphire glass plant in Arizona into a data center that would be powered mostly by solar energy.

"Apple still has work to do to reduce its environmental footprint, but other Fortune 500 CEOs would be well served to make a study of Tim Cook," Greenpeace said in a statement following Tuesday's announcement.