Posted by rickbrassar on Monday, 12 October 2015 in Climate Change

Understanding the Past to Better Predict Climate Change 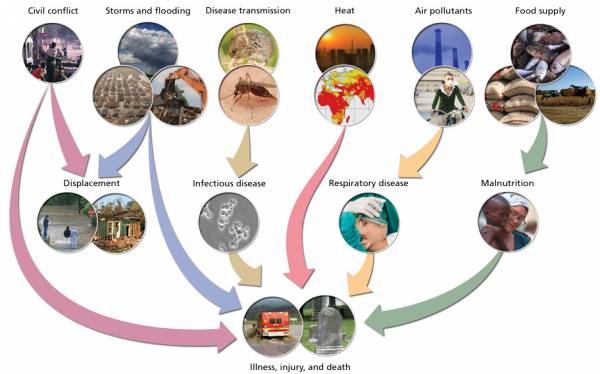 Making predictions about climate variability often means looking to the past to find trends. Now paleoclimate researchers from the University of Missouri have found clues in exposed bedrock alongside an Alabama highway that could help forecast climate variability. In their study, the researchers verified evidence suggesting carbon dioxide decreased significantly at the end of the Ordovician Period, 450 million years ago, preceding an ice age and eventual mass extinction. These results will help climatologists better predict future environmental changes.

The Ordovician geologic period included a climate characterized by high atmospheric carbon dioxide (CO2) levels, warm average temperatures and flourishing life. Near the end of the period, CO2 levels dropped significantly but precisely when and how fast is poorly known. Kenneth MacLeod, a professor in the Department of Geological Sciences in the MU College of Arts and Science, directed a research team studying the climate changes 450 million years ago to better understand the interactions among the biosphere, the oceans, atmospheric CO2 levels, and temperature.

“Climate is not a simple science; many small factors determine what exactly leads to global warming and cooling trends,” MacLeod said. “By understanding the deep past, we have better information about historic trends that lead to better predictions. Understanding carbon cycles adds value to our knowledge base of climate change.”

During the Late Ordovician period, most of North America was covered in a shallow tropical sea. What is now Alabama was on the margin of that sea where local environmental effects likely did significantly impact carbon cycling. Page Quinton, a doctoral student in MU’s geological sciences program, led a field research team in northeastern Alabama that collected rock samples from rock formations exposed when workers cut highways through hills in the region. Using the samples, Quinton analyzed them for chemical clues that can be related to CO2 levels at specific time periods.

“After examining rocks 450 million years old or older, we believe the drop was caused by a massive burial of organic carbon during the time period,” Quinton said. “We’re trying to determine whether or not there was an increase in plant productivity, or huge algae blooms in the ocean, that died and fell to the sea floor, basically burying CO2. This burial, coupled with the mountain building event that created the Appalachian Mountains, could have contributed to the resulting ice age.”

A drop in CO2 due to the burial of organic carbon in the Late Ordovician is the exact opposite of what is happening now as massive amounts of CO2 are being released; yet, understanding how the historic events occurred can help with future models and predictions, Macleod said.

The study “Carbon Cycling across the Southern Margin of Laurentia during the Late Ordovician,” recently was published in Palaeogeography, Palaeoclimatology, Palaepoecology. The work was supported in part by NSF grants (1323444, 1324577 and 1324954). The content is the solely the responsibility of the authors and does not necessarily represent the official views of the funding agencies.