It Doesn’t Matter If You Think It’s Nice Out 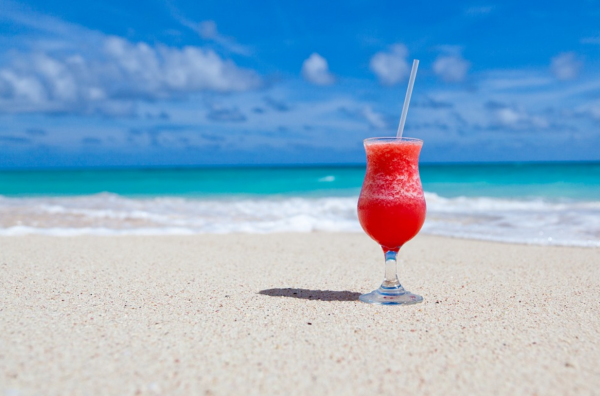 It’s raining in Washington, D.C., as I write this, drops tapping out a steady beat that recalls the rhythms of my Oregon childhood. There’s something familiar about this weather, whatever its imperfections. Meanwhile, 1,100 miles to the southwest, a storm system threatens Dallas with tornadoes and massive hailstones. And in Maine, record April snowfalls blanketed the region just days ago. From my desk, though, these anomalies seem impossibly distant—problems that I might read about later but certainly won’t experience.

I am not alone in my easy ignorance. Research published recently in the journalNature proposes that 40 years of seemingly pleasant weather may be blinding many Americans to the realities of global climate change. Explaining their work in the New York Times, the two researchers, Patrick J. Egan and Megan Mullin, write, “80 percent of Americans now find themselves living in counties where the weather is more pleasant than it was four decades ago.” For most of us, the winters are milder, while the summers remain temperate. Happy with the way things are, Egan and Mullin propose, we have little reason to consider that the clement weather we experience today may evolve into a harsher climate down the road.

Some have already quibbled with Egan and Mullin’s findings. Joacim Rocklöv, for example, has objected that even if the weather is on average more mild, specific instances of extreme weather still hold disproportionate sway on individuals’ perceptions. Likewise, the atmospheric scientist Kevin Trenberth writes in theConversation that the original study’s premises are flawed—in assessing the data, the researchers averaged many days of weather to reach a number they could assess as more mild, negating some extreme fluctuations that would be more likely considered unpleasant than not. “After all,” Trenberth points out, “no one experiences long-term average weather, but we do increasingly experience weather extremes and their impacts on our health, safety and well-being.”

While Trenberth makes a compelling case for the lousiness of the weather, he comes at his interlocutors sideways. Egan and Mullin aren’t proposing that the weather actually is getting better, only that the current weather in many places tends to match many people’s preferences much of the time. They cite a prior study that suggests longer-lasting temperature fluctuations can affect the people who witness these fluctuations’ belief in global warming. Another paper concludes that “present temperature abnormalities are given undue weight … thereby increasing belief in and concern for global warming.”

Weather can be instructive, then, but Egan and Mullin want us to recognize that weather that seems to be good may lull us into a false sense of security, dissuading us from acting until it’s too late to make a difference. Furthermore, the alarmist rhetoric scientists currently employ in their attempts to raise concern about climate change fails because it does not “correspond with how people actually experience the weather,” Egan and Mullin write in Nature. Indeed, they ultimately agree with Trenberth, concluding in their New York Times article, “A focus on extreme weather events … may be a better strategy” than dwelling on mean temperatures if scientists hope to change public perceptions.

It may, however, be that weather—mild or extreme—has never been the right lens through which to consider climate change at all.