Posted by darinlandry on Friday, 20 January 2017 in Sustainable Development 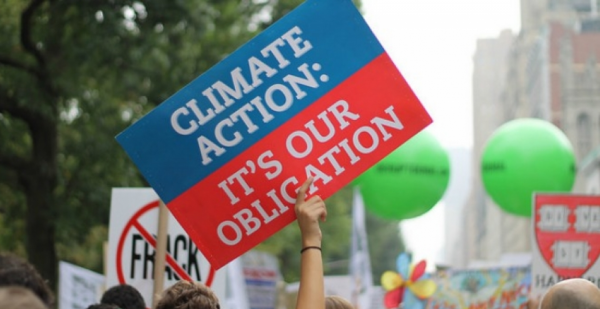 In one of his final acts as president, Barack Obama has signed over half a billion dollars to the United Nations Green Climate Fund.

The Obama administration latest and final contribution, announced on Tuesday, will bring the total funds to date to $1 billion.

However, this falls short of the $3 billion to help combat the effects of climate change in the poorest countries, pleaded by Obama in 2014.

The UN Green Climate Fund (GCF) is a fund within the framework of the United Nations Framework Convention on Climate Change (UNFCCC) designed to assist developing countries deal with the effects of climate change and adopt clean energy technologies.

John Kirby, State Department Spokesman, said: “The Green Climate Fund is a critical tool that helps catalyse billions on dollar in public and private investment in countries dealing not only with the challenges of climate change but the immense economic opportunities that are embedded in the transition to a lower carbon economy.”

He went on to say: “The United States is pleased to have played a leading role in the establishment of the GCF”

Heather Coleman, Climate Change Manager at Oxfam America, said the funds would “foster peace, stability and security” in the U.S. and around the world.

She added:  “As countries around the world work to cope with increasing numbers of climate-change related disasters, the U.S. must continue to honour our commitments to international climate action.”

Jeff Merkley, Senator of Oregon, said: “This contribution shows that even as we face an incoming Administration that engages in dangerous climate denial, those of us in the United States who believe in taking action to save our planet, our economy, and our future will continue doing everything in our power to move forward.”