Posted by ameliaatkins on Sunday, 18 March 2018 in Energy Efficiency

The Challenges of Going Green 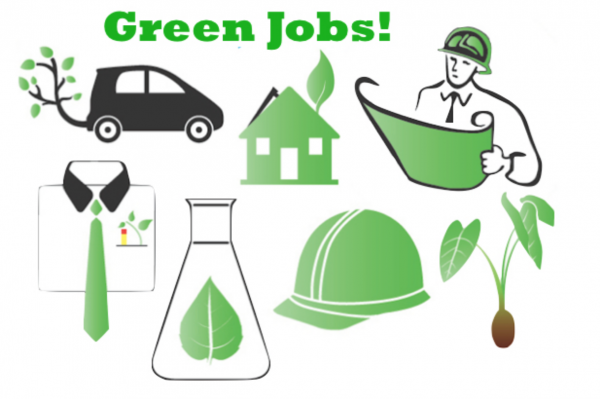 Even though we are all aware that green jobs have a lot of benefits, we sometimes fail to pay enough attention to the challenges that we have to face in the process of going green. Overcoming them is becoming increasingly important because of the current growth rate of the green jobs sector.

The challenges are manifested in various aspects, which means that we have to employ various skills and knowledge if we are to deal with them successfully. Let’s have a look at the most prominent ones, which we have to take into account if we want to help our business go green(er).

Depending on where you live and work, you are feeling the consequences of the global economic crisis to a smaller or greater extent. Whenever there is a difficult period, there’s less money, which is especially difficult for green businesses, such as those relying on renewable energy sources, since governments are likely to lower or completely withdraw incentives for using such sources. Similar economic challenges also occur when there are major political shifts and when various government programmes are cancelled overnight.

Having to charge more

The fact that most green products and services cost more than the competition is not very helpful when people are looking to cut their expenses as much as possible and are ready to commit more energy to find cheaper products or services. Consequently, the fewer green products they buy, the worse conditions for growth and development of the manufacturing companies.

The most important product used on a daily basis, such as food or cleaning agents, cost more if they are organic, which means the manufacturers have to persuade people to pay more than they would for traditional products by emphasising the benefits and values of green products. Some consumers would like to support the idea, but can’t afford it, so they try to make a compromise. Still, unless there’s a growth in demand, there’ll be no development of the practice.

A recent survey found out that while many people would be willing to pay up to ten percent more for a greener product or service, that number plummets when it comes to paying more than ten percent more. To put it simply, most people are still more interested in how green their wallet is than in doing their bit for the environment.

Naturally, every revolutionary idea or movement had many sceptics, who were uncertain about the novelty to the point that they constantly provided opinions why something wouldn’t work. Going green is no exception. The most commonly used argument is that investments in green businesses are not cost-competitive and that by investing in those industries, governments have less money for other, more lucrative investments, which means fewer jobs.

Other type of sceptics are more concerned with the quality of product and they don’t believe that a bar of organic soap is as efficient as a regular one, for example. Similarly, they refuse to believe that solar panels can produce enough energy to heat all the water necessary for a whole household and will never admit that electric cars are the future.

It may come as a surprise to learn that despite the overall progress in various fields, there is still a lack of qualified employees in some green businesses. Some fields, such as the increasingly popular geotechnical engineering, are trying to turn as many aspects of their business green as possible and for that, they need people who have received appropriate knowledge.

Perhaps it would be more precise to define this problem more as a lack of appropriate training and adequate skill sets than as a shortage of people, but regardless of how we frame it, the issue is present and burning.

Although it’s safe to say that each industry has some specific features and problems related to being more environmentally friendly, there are still some general problems that affect each branch. Knowing what the underlying problems are is key to being able to create an appropriate strategy for dealing with them and overcoming them.