Posted by stevenbcohen on Tuesday, 31 July 2018 in General Environment 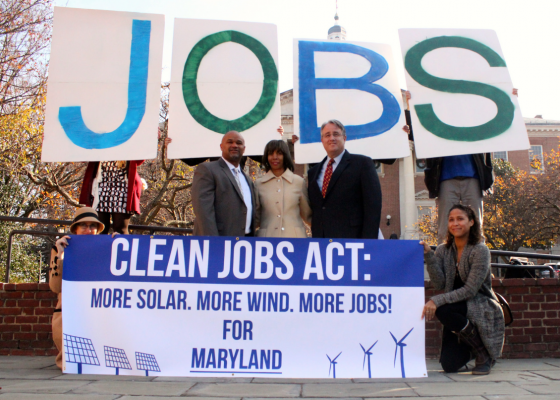 The Clean Energy Bill approved by the Legislature on Tuesday adopted the go-slow approach favored by many of the state’s business groups and utilities, leaving a price on carbon and stronger support for solar and wind on the cutting room floor while greenlighting a number of less flashy provisions designed to give renewable energy a bigger role in the region’s energy future.

The legislation adopted the House’s less aggressive position on renewable energy subsidies and provided no additional incentives for solar power development, the two top priorities of renewable energy developers. But it did nix a reliability charge that Eversource Energy, with the approval of the Department of Public Utilities, was preparing to assess on solar customers and created a new mechanism for encouraging what the bill calls clean peak energy.

Michael Durand, a spokesman for Eversource Energy, issued a statement describing the legislation as “a measured approach after last session’s landmark clean energy bill.” Regarding the clean peak standard and the reliability charge, Durand said the company was carefully studying the bill to determine its impacts.

Robert Rio, a senior vice president at Associated Industries of Massachusetts, used the very same language to describe the Legislature’s bill. “By following this measured approach, Massachusetts avoids disrupting the energy sector by making significant changes to programs that are themselves in the middle of being finalized,” Rio said in a statement. “AIM feared that course could have delayed our effectiveness in meeting our greenhouse gas reduction goals.”

Those who wanted more from the legislation were not pleased. Rep. Frank Smizik, the chairman of the House Committee on Global Warming and Climate Change, didn’t mince words in a brief interview with the State House News Service. “It’s terrible,” he said of the bill before casting the only no vote when the House approved the measure 151-1. The Senate vote on the bill was 36-0.

Sen. Jamie Eldridge of Acton voted for the bill but said on the Senate floor that he was disappointed it was not bolder and more comprehensive. “We need to do a better job standing up to the utilities and the fossil fuel industry,” he said.

Sen. Michael Barrett, the lead Senate negotiator on the bill, declined to discuss the internal discussions of the conference committee. The Lexington senator acknowledged in a telephone interview that “we didn’t find a consensus with respect to most of our stuff,” but he insisted the legislation has many important features. “I don’t parse how good is good,” he said.

Barrett also made clear that the Senate got what it could in this bill and will be back for more next session. Indeed, he thinks energy is coming to resemble health care, an issue so complicated and with such a major impact on society that it requires attention during every legislative session.

“Do I think this is the end slate of what the Senate will push for?” Barrett asked. “No I do not.”

Here is a breakdown of the key elements of the bill:

Renewable portfolio standard – Under current law, companies selling electricity to customers in Massachusetts are required to buy certificates from renewable energy developers to prove that a mandated percentage of their power is coming from renewable sources. The payments for the certificates represent a subsidy for the renewable energy, mostly solar and wind. The current percentage is 13 percent, increasing one percentage point each year. The Senate wanted to increase the growth to three percentage points a year, while the House favored raising it to two percentage points a year for a decade and then lowering it back to one percentage point a year after that. Business groups favored a go-slow approach, arguing that rapid increases could end up squeezing hydro-electricity from Canada out of the state’s clean energy mix. The conference committee opted for the House position. Barrett said the Senate will keep pushing for more. Noting the increase in renewable energy won’t revert to one-percentage-point-a-year for a decade, he said: “That gives us 10 years to relitigate that issue, which is plenty of time.”