Posted by EarthDude on Wednesday, 16 May 2012 in Fishing

Six Fish Populations Restored to Healthy Levels in the US 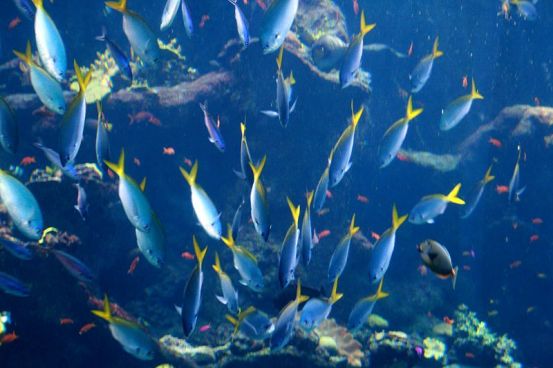 All are aware of the tragic loss of biodiversity that this planet is current going through in various ecosystems. However, a new National Oceanic and Atmospheric Administration (NOAA) report shows that when good policies are in place, natural ecosystems can sustain themselves and thrive. NOAA has released its annual report, stating that a record six fish populations have been rebuilt to healthy levels in 2011. This brings the number of rebuilt US marine fish populations to 27 since the start of the 21st century, showing that great strides have been made to end overfishing thanks to all interested parties.

"With annual catch limits in place this year for all domestic fish populations and the continued commitment of fishermen to rebuild the stocks they rely on, we're making even greater progress in ending overfishing and rebuilding stocks around the nation," said Samuel Rauch, acting assistant NOAA administrator for fisheries. "Healthy and abundant fish populations and marine ecosystems support seafood for Americans, create lasting jobs, and enhance saltwater recreational fishing opportunities."
However, overfishing is not the only factor that holds down fish populations. There are also environmental factors, disease, invasive species, and degraded fish habitat. Many of these may be indirectly attributable to a changing climate, which affects temperature, salinity, and potentially the spread of pathogens.
NOAA researchers predict that fully rebuilt fisheries could add over $30 billion to the economy and add 500,000 new jobs. At the moment, commercial and recreational fishing generates $183 billion per year and supports over 1.5 million full and part-time jobs.